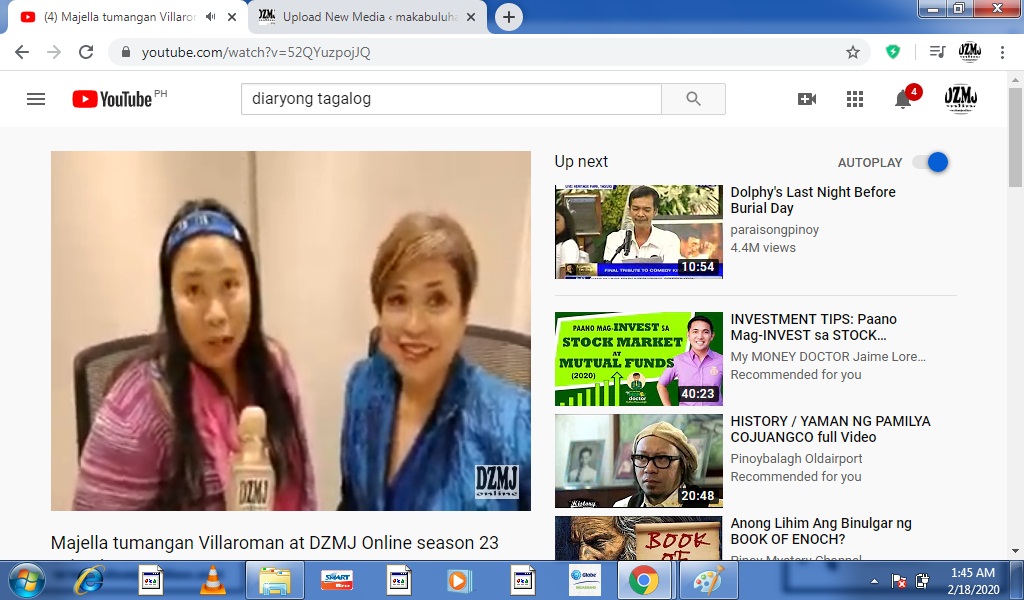 OFFICIAL STATEMENT OF THE DEPARTMENT OF SCIENCE AND TECHNOLOGY:
SUPERVISING AGENCY FOR THE LIQUIDATION OF TECHNOLOGY RESOURCE CENTER

The property in Barangay Sinipit, Cabiao, Nueva Ecija, that has been subject of the Bureau of Customs (BOC) and Criminal Investigation and Detection Group (CIDG) raid on 17 January 2020 for alleged production of counterfeit cigarettes, is a property of the former Technology Resource Center (TRC) that was abolished in 2014 through a Memorandum issued by the Office of Executive Secretary Paquito Ochoa, Jr. The supervision of the winding up and liquidation of TRC properties were assigned to the Department of Science and Technology (DOST).

The said property is being occupied by one Mr. Carlos Pagba since 2013 as its caretaker. In 2015, however, a lease agreement was executed between TRC and Mr. Pagba which expired in December 2015. Despite the expiration of the lease agreement and repeated written and personal demands by DOST to vacate the subject property, Mr. Pagba has vehemently refused to vacate and turn over the said property to DOST. The DOST Management, however, has not gained control over the property from the time it took over the winding up and the liquidation of its properties because of Mr. Pagba’s refusal to surrender and vacate the same. The last and final demand letter issued to and received by his wife, Mrs. Catalina G. Pagba, was in March 2019. Hence, it is apparent that the activities in the subject premises are within the knowledge and control of Mr. Carlos Pagba. Neither DOST nor TRC is a party to whatever alleged illegal/criminal activities the said warehouse has been used for.

Acting on Mr. Pagba’s continuous refusal to vacate and surrender possession of the said property, DOST has initiated the filing of the ejectment case against Mr. Pagba through the Office of the Solicitor General (OSG) in April 2019.

DOST is now coordinating and cooperating with the appropriate/concerned government agencies for any assistance in the investigation.

UP opens up map data for Taal Eruption Affected Areas 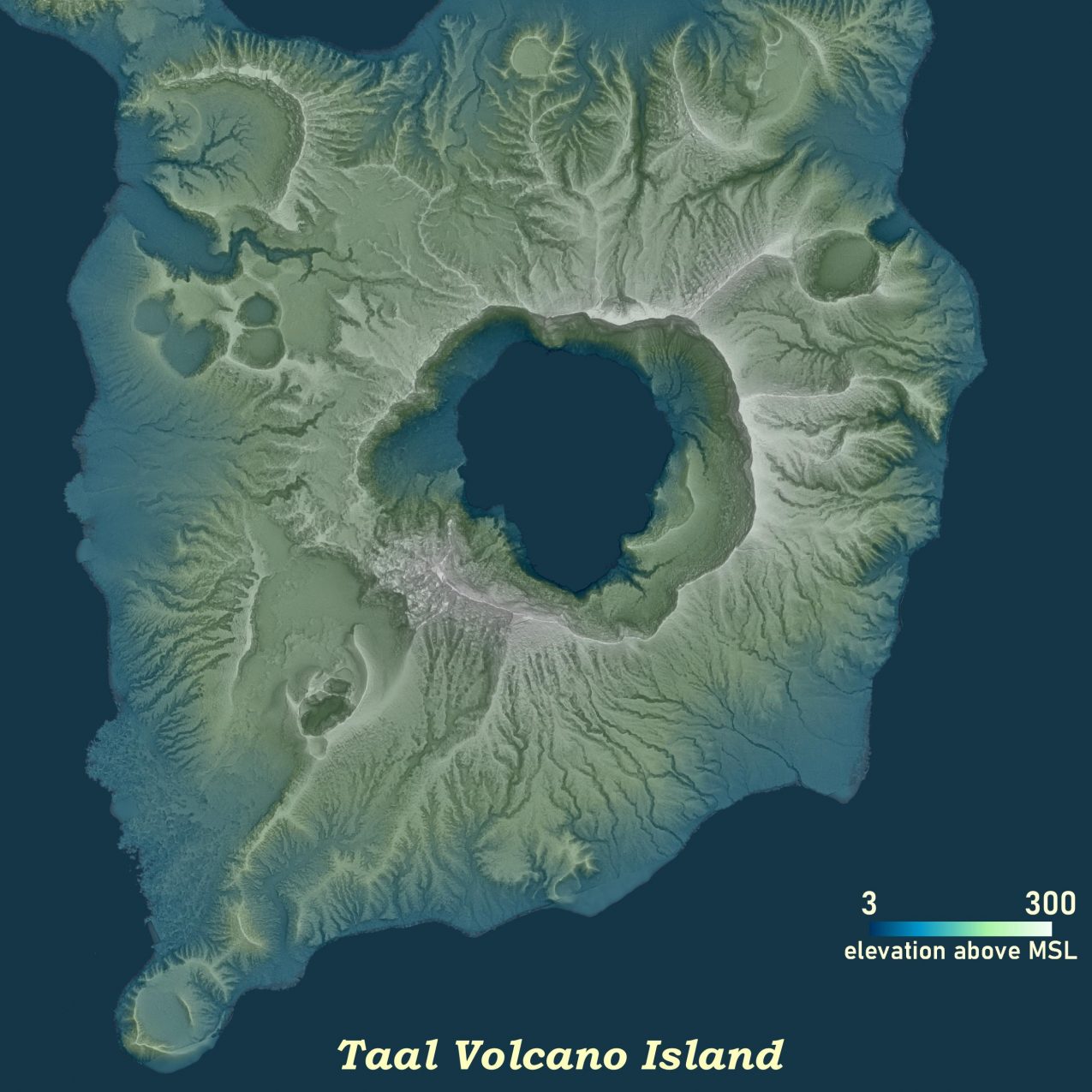 We’ll never see Taal this way again. A satellite image of the Taal Volcano Island generated from the DREAM and Phil-LiDAR Programs.

In a bid to help hasten rehabilitation of affected areas devastated by the eruption of Taal volcano, the University of the Philippines opens up its map data to the public for free.

Through the UP Training Center for Applied Geodesy and Photogrammetry (UP TCAGP), the premiere state university is opening up to the public its map data of the Taal Volcano and its surrounding areas generated during the Disaster Risk and Exposure Assessment for Mitigation (DREAM) and the Philippine Light Detection and Ranging 1 (Phil-LIDAR 1) programs.

Using Light Detection and Ranging (LiDAR) technology, the group was able to generate maps with resolution of up to 1×1 meter which can be used for planning and reconstruction of areas damaged by the Taal volcano eruption.

UP TCAGP Assistant Professor Mark Edwin A. Tupas stressed the importance of using data in conducting planning and reconstruction activities in the areas affected by the Taal volcano eruption.

“With the Philippines being at constant risk from natural disasters, adequate data is needed for disaster risk reduction planning and operations, we are opening up our LiDAR map database to help in the rehabilitation of those affected by the Taal volcano eruption,” he said.

The DREAM and Phil-LiDAR 1 Programs are both projects funded by the Department of Science and Technology and monitored by the Philippine Council for Industry, Energy and Emerging Technology Research and Development (DOST-PCIEERD) which mapped riverbasins all over the country.

Tupassaid users of the map data would need to properly cite UP TCAGP and the PHIL-LIDAR Program as the source of the information.

“Please note that while stringent Quality Assurance/Control protocols were in place during the program operation, we cannot guarantee that the data is free of discrepancies, bugs or defects,” he said.

Tupassaid the datasets can be accessed through https://phillidar-dad.github.io/taal-open-lidar.html and can be opened using most modern geographic information system (GIS) software.

“From these high resolution information detailed 3D geovisualization, e.g. hillshade, can be created. The dataset can be also used for geomorphologic modelling of areas pre-disaster, data acquisition were between 2014 to 2017. Another sample use cases include the accurate determination of heights for building delineated from satellite imagery, given the Digital Elevation Modeling (DEM) of 20 cm vertical accuracy,” he said.

For further inquiries, you may contact the data archiving and distribution team of UP TCAGP at lipad@dream.upd.edu.ph .

Naughty or NICE? DOST-TAPI is coming to town 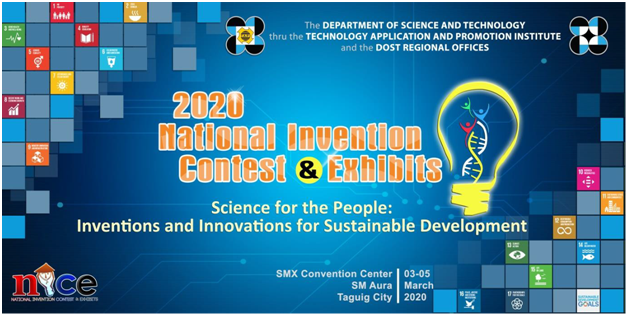 The 2020 NICE will be held on 03-05 March at the SMX Convention Center Aura, BGC, Taguig.
The Technology Application and Promotion Institute of the Department of Science and Technology (DOST-TAPI) is holding the National Invention Contest and Exhibits (NICE) on 3-5 March 2020 at the SMX Convention Center Aura, Bonifacio Global City, Taguig.
NICE is a biennial activity which recognizes the best and the brightest Filipino inventions, innovations, and researches around the country, as they contribute to national economic development.
“It is with much honor and excitement that I invite everyone to come and celebrate with us as we witness the acknowledgment to our best inventors, innovators, and researchers in the country,” said DOST-TAPI Director Edgar I. Garcia.
The NICE finalists are winners of the Regional Invention Contest and Exhibits (RICE) conducted in 2019.
Spearheaded by the DOST Regional Offices, RICE serves as the qualifying round for the NICE.
This year, 71 compete for five NICE categories namely, Outstanding Invention (Tuklas) with three finalists, Outstanding Utility Model with 14 finalists, Outstanding Industrial Design with seven finalists, Outstanding Creative Research (Likha) with 17 finalists, Outstanding Creative Research for College (Sibol) with 15 finalists, and Outstanding Creative Research for High School (Sibol) with 15 finalists.
The theme “Science for the People: Inventions and Innovations for Sustainable Development,” highlights the breakthroughs in inventions and innovations relative to the attainment of sustainable development goals prescribed by the United Nations (UN).
“We are very grateful to the World Intellectual Property Office’s (WIPO) continued support in our worthwhile endeavor,” added Garcia.
WIPO, a specialized agency of the UN which assists in developing balanced international intellectual property (IP) legal framework to meet society’s evolving needs, will provide a gold medal to the outstanding invention and plaques of recognition to the rest of the winners.
For more information of the 2020 NICE, please contact DOST-TAPI at 8838 1127 and 8837 2071 locals 2157, 2167, and 2162 or email tapi.dost@yahoo.com and tapi.nice2020@gmail.com.
Admission to the 2020 NICE is free!