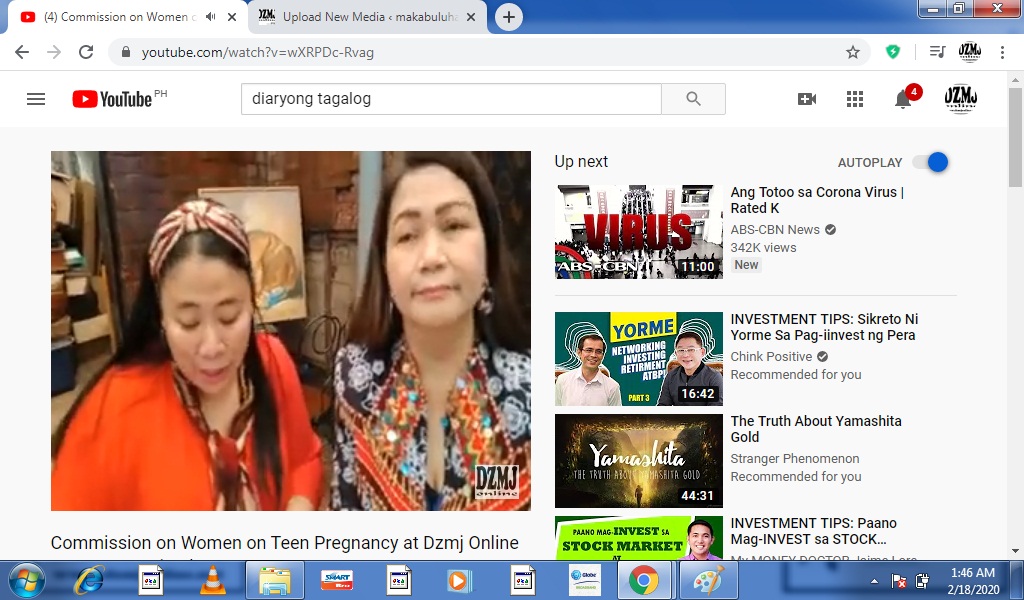 DOST Food Safety Focal persons from different regions in the Philippines convene for the last time this year to report about their accomplishments and to cap off the Human Resource Development Project (HRDP) on Food Safety.

The two-day program was kick started by Dr. Madrigal’s opening remarks in which he congratulated everyone for a job well done and for completing the HRDP efficiently. In his remarks, he emphasized that the project is dedicated to the Filipino people. “This project is not for us. It is for our country- so that we can protect our people, the children, and ensure safe food for every Filipino”, he said.

Dr. Lydia S. Manguiat, Assistant Regional Director for Technical Operations of DOST-CALABARZON and the project coordinator, then explained the rationale of the project implementation review. She also discussed about FSHRDP’s accomplishments vis a vis the set targets.

As of December 2019, the DOST hosted and participated in the meetings and write shops of the Food Safety Regulation Coordinating Board (FSRCB)’s Technical Working Group (TWG) on Food Safety Training. The FSTs also drafted the training guidelines. Moreover, they conducted five trainings on Human Resource Development. The FSTs also created linkages with agencies such as Department of Agriculture (DA), Department of Health (DOH), Department of Trade and Industry (DTI), and Technical Education and Skills Development Authority (TESDA). They also assisted a total of 546 MSMEs/firms to comply with Food Safety Standards and trained more that 100 Food Safety team members and Laboratory Analysts.

Usec. Nazareth-Manzano delivered her inspirational message highlighting her amusement as she witnessed how all the regions gave their best shot in the tasks assigned to them. She congratulated the whole DOST Food Safety Team for finishing strong and impactful.

For two days, the HRDP focal persons of the regional offices, RDIs (ITDI and FNRI), and councils (PCAARRD, PCHRD, and PCIEERD) shared their HRDP accomplishments. They also got to collaborate by sharing and reacting to each other’s presentations. As a culminating activity, a workshop was held to brainstorm on the future plans for the sustenance of the project. The program was closed by Engr. Niñaliza Escorial, Chief, DOST-PCIEERD.

HRDP is a project that ran from October 2018 to December 2019. It is pursued to develop competent service providers (trainers, consultants, and laboratory analysts) who shall serve as experts in providing food safety-related trainings, consultancy, technical services, and laboratory analyses, and to accelerate the effective implementation of Republic Act 10611 or the Food Safety Act of 2013. 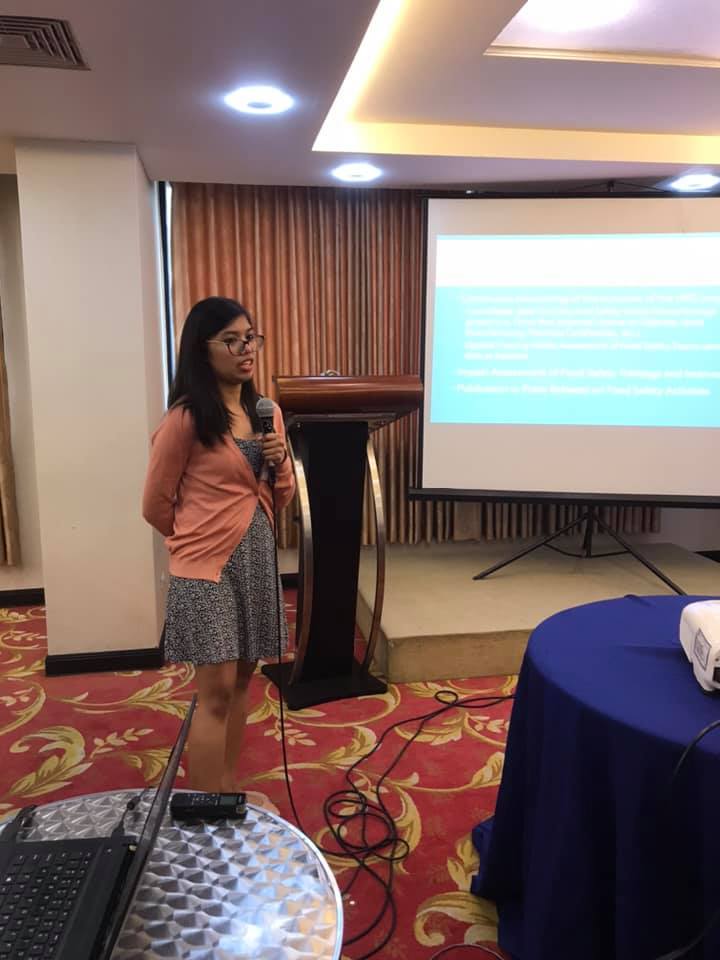 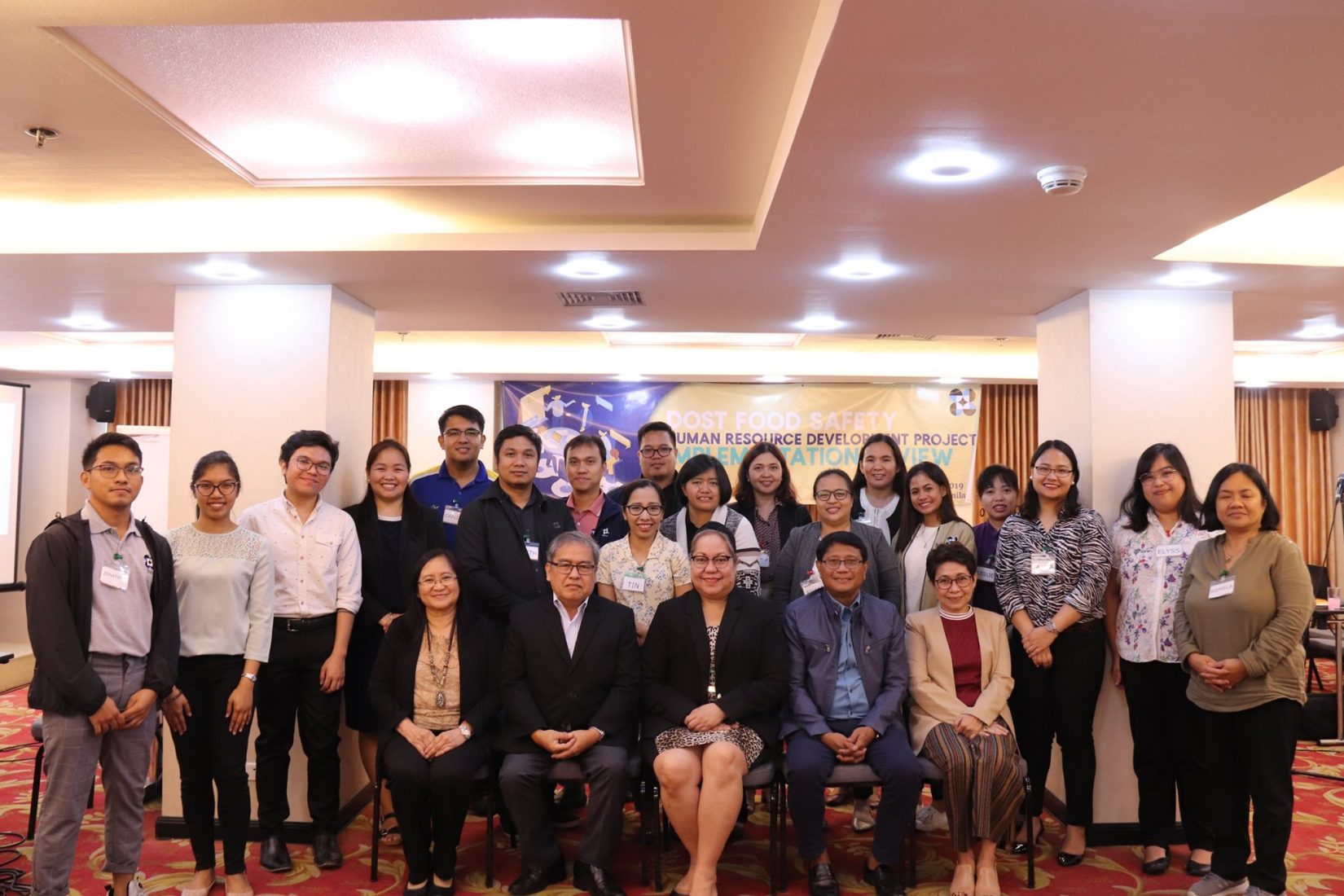 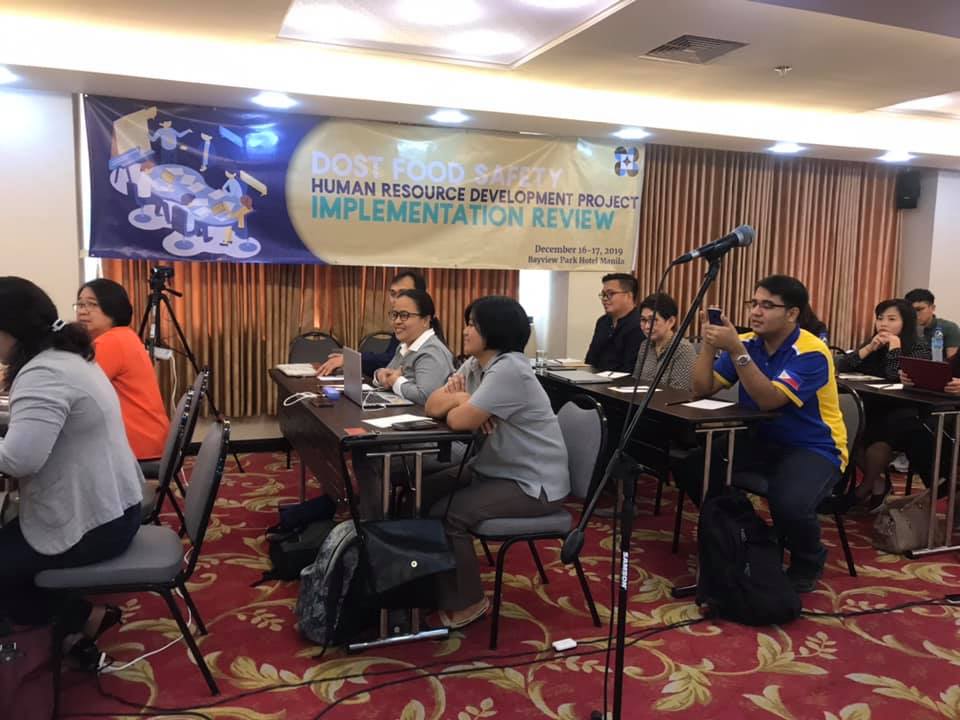 Transforming seaweed into savings through science and technology
Seaweed farming has long been a reliable source of income for coastal communities in the Philippines; fringed by waters of the Sulu Sea and the Moro Gulf, the city of Zamboanga is no stranger to the seaweed trade.
Only recently, four (4) communities in the city, namely barangays of Sta. Catalina, Mampang, Arena Blanco, and Tigtabon have moved to adopt technologies that target seaweed efficient drying process and quality dried seaweed. 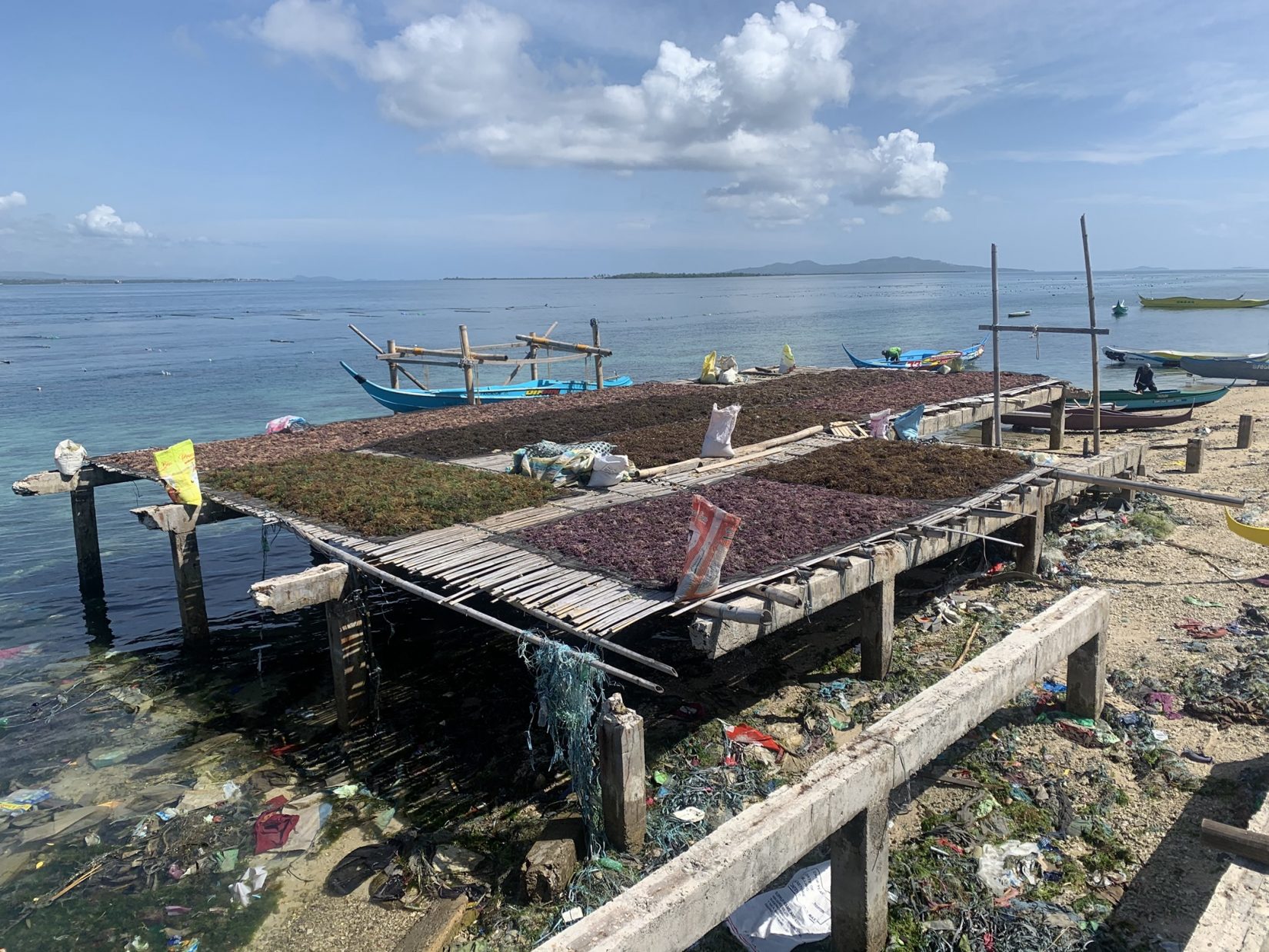 While seaweed type is a factor in determining value, the quality of the dried seaweed is what ultimately dictates price.

The current drying practice, which is basically open area sun-drying, can take up to a number of days, and puts the seaweeds at the mercy of the elements. Farmers resort to covering or storing stocks at the first hint of rain or bad weather, which does little good for the dehydration process among others.

This usually translates to poor seaweed quality, which in turn greatly reduces the farmers’ command on the commodity’s price.

The University of the Philippines Los Baños (UPLB) has developed a seaweed drying system that is capable of drying newly harvested stocks at a faster rate, while protecting the seaweeds from unpredictable weather. 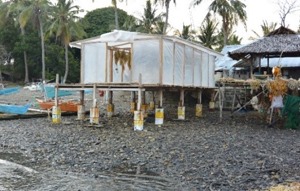 At present, 2 types of the solar seaweed drying tech are available: the floating-type, which stays on the water surface, allowing farmers to tow the structure close to their production area for faster harvesting, and the permanent-type, which doubles as a storehouse sturdy enough to withstand harsh weather conditions, and provide easy, all-around access for farmers.
The structures are also designed to reduce direct exposure to sand, dirt, and other contaminants usually contaminated during the harvesting and hauling of fresh seaweeds to the drying area.
Aside from the greenhouse/U-V treated sheets that cover both facilities, they are also fitted with built-in solar-powered exhaust fans for the quick and uniform drying of stocks.
At present, studies have shown the structures to be capable of drying two (2) tons of high quality fresh seaweeds in a matter of three (3) days, without any inconsistency in the production.
Through the Department of Science and Technology IX, the abovementioned communities can expect the technologies to be on their shores as early as the second quarter of 2020.

For more information, kindly email us at dost9info@gmail.com or visit our Facebook page at www.facebook.com/DOSTRegion9 (Bon Rafael A. Padayhag, DOST IX Press Release)

Cutting edge research will define who among the five Filipino scientists, three of whom are funded by the Department of Science and Technology (DOST), will snatch the prestigious Newton Prize Award come 28 January 2020 to be held at the equally upscale Manila Polo Club in Makati City. The event is being hosted by the British Embassy Manila.
The Newton Prize Philippines celebrates the partnership of the United Kingdom (UK) of Great Britain and Northern Ireland and the Philippines as well as the success of the Newton AghamPogramme. This initiative that started in 2014 supports British and Filipino researchers and institutions that work together to develop science, technology, and innovation solutions to pressing problems in their respective countries.
There are 17 Newton countries and the Newton Prize 2019 countries include China, Indonesia, and the Philippines.
The Newton Prize is a 1 million pound-fund that recognizes the excellent research and innovation works in various disciplines like food security, health, and waste management that is aligned with the United Nation’s sustainable development goals.
At the start, there were 20 Newton Prize applications from the Philippines that was trimmed down to five after passing through rigorous evaluation by the Newton Prize judges made up of experts from the UK and the 2019 countries together with feedbacks from expert peer reviewers.
Four finalists are competing for the Newton Prize Philippines Award while one finalist will be competing with the other countries’ nominees for the coveted Newton Chair’s Prize. The first award will be given the prize of up to 200,000 pounds per country while the Newton Chair’s Prize has up to 500,000 pounds to be awarded to the project proposal that best demonstrates knowledge and partnership working. The winner for the latter will be announced in the Newton Prize London on 12 February 2020.
One of the three nominees whose projects were funded by the DOST-Philippine Council for Industry, Energy, and Emerging Technology Research and Development and its counterpart in the UK, UKRI Engineering and Physical Sciences Research Council, are Professor Michael Angelo Promentilla from De La Salle University and Dr. Devendra Saroj from University of Surrey. Their project is titled “Water-Energy-Nutrient Nexus in the Cities of the Future”. The entire Philippine Team also included Professor Aileen Huelgas-Orbecido, Dr. Arnel Beltran, Engineer Carla Mae Pausta, and Professor Luis Razon.
The next nomineesare Dr. Fe Espino from the Research Institute for Tropical Medicine and Professor Chris Drakely from London School of Hygiene and Tropical Medicine with their research project titled “ENSURE: Enhanced surveillance for control and elimination of malaria in the Philippines”. The entire team is composed of the following: Dr. Jennifer Luchavez, Dr. EdelwisaSegubre-Mercado, Ma. Lourdes Macalinao, Inez Andrea Medado, Alison Paolo Bareng, Ralph Reyes, BeaulahBoncayao, Ellaine de la Fuente, HenneseySabanal, and Christian Anthony Luna. The research project is funded by the DOST-Philippine Council for Health Research and Development and UKRI Medical Research Council.
The third, a nominee for the Newton Chair’s Prize, is composed of JopethRamis from the Technological Institute of the Philippines and Professor Felicity Rose from the University of Nottingham with their project titled “Tissue engineering of bronchi in health and sickness: assessing the effect of matrix stiffening on cellular changes in the airways”. Their work is jointly funded by the DOST-Science Education Institute and the British Council.
The other two nominees are funded by the Department of Agriculture (DA) together with the UKRI Biotechnology and Biological Sciences Research Council. The first is titled “Low-cost Portable Molecular Diagnostic Platform for Rapid Detection of Poultry Infectious Pathogens (LMDP) by Dr. Dennis Umali from the University of the Philippines Los Banos and Professor Wamadeva Balachandran from Brunel University London. The second is titled “Using genomics to trace Salmonella transmission and antimicrobial resistance in the poultry and swine food chains in Metropolitan Manila” by Professor Windell Rivera from the Natural Sciences Research Institute of the University of the Philippines Manila and Professor Taane Clark from London School of Hygiene and Tropical Medicine.
Since its inception, this will be the first time for the Newton Prize Philippines to be held in the country to showcase the best research or innovation that promotes economic development and social welfare of Newton partner countries. The application process was administered by the UK National Commission for UNESCO (UKNC) in London by appointment from the UK Government Department for Business, Energy and Industrial Strategy (BEIS). Aside from the DOST and DA, the other Newton Agham Partner is the Commission on Higher Education. (S&T Media Service)