The Filipino minds of our scientists and engineers from the Department of Science and Technology (DOST) are once again recognized with the conferment of the 2019 Presidential Lingkod Bayan, Dangal ng Bayan Award in their chose field of expertise.

The prestigious recognition was given by no less than Philippine President Rodrigo Roa Duterte during the awarding ceremonies at Malacañan Palace on 10 September 2019. The ceremony was part of the 2019 Outstanding Government Workers Award annually administered by the Civil Service Commission (CSC).

The Philippine Nuclear Research Institute (PNRI) Irradiation Services Team was given the award for their outstanding contribution to the country’s nuclear research program, particularly in improving the overall operations and control of irradiation facilities at the Philippine Nuclear Research Institute. Their dedicated work generated savings in maintenance costs of the country’s irradiation equipment used for food preservation, medical product sterilization and research.

The irradiation facility of DOST-PNRI is also currently being used to produce PNRI’s highly successful Carrageenan Plant Growth Promoter, which can increase rice yields by around 30% and is now available in the market. 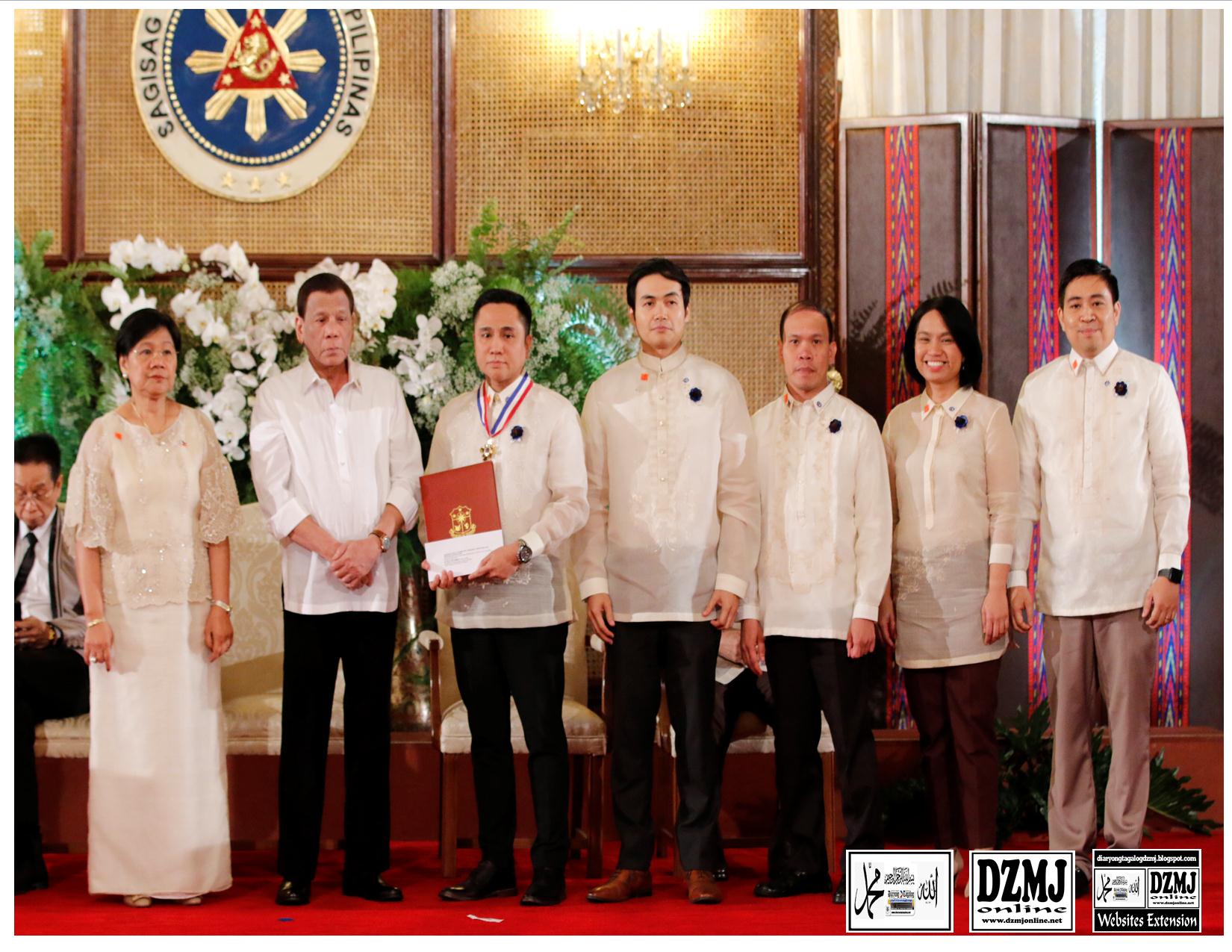 Last, but certainly not the least, Dr. Raul V. Destura, DOST-National Research Concil of the Philippines (DOST-NRCP) Vice President and Chair, Division III – Medical Sciences, was conferred the prestigious award for his work on early detection of dengue with his invention called the Biotek-M Dengue Aqua Kit, a device that can diagnose dengue within an hour at a more affordable cost. This way, the casualty due to dengue may be minimized due to early detection.

During his speech, President Duterte cited the important contribution of science and technology and the local inventions and innovations of the DOST scientists and engineers.

“The event is a celebration of not only your individual and organizational triumphs. More importantly, this is a celebration of your accomplishments that have contributed greatly to the realization of our national development agenda,” the President said in his speech.

The Presidential Lingkod Bayan Award is given by the CSC to outstanding civil servants for their exceptional or extraordinary contributions coming from an idea or performance with nationwide impact on public interest, security and patrimony, either in the form of a suggestion, an innovation or a superior accomplishment. (S&T Media Service)

“I was the first sidewalk cake vendor in the city and the rest is history”, said Ms. Golda Mae Lim, owner, and manager of Cakeboom Cakes and Party Flavors.

The owners, Mr. and Mrs. Lim, started their business as sidewalk vendors of Filipino delicacies (puto and cutchinta) and cakes. The couple’s goal back then was to support their basic needs. Their only aim is to sell one cake a day to suffice for the family’s day to day living.

The demand for their products grew until they developed their own product line.

Growing consumers’ patronage of their products resulted in increased demand, which led the couple to increase the distribution of their products. However, they cannot commit to its bigger volume requirement at that time.

In 2012, with the help of the Department of Science and Technology through Small Enterprises Technology Upgrading Program (SETUP), Cakeboom upgraded their production equipment such as Cooker Mixers and Continuous Band Sealer for better packaging.

“We are very thankful for the assistance shared by DOST through the Provincial S and T Center (PSTC) in Bukidnon, also we become very efficient in producing quality products”, Ms. Lim said.

In 2016, Cakeboom Party and Flavors was awarded as the Best SETUP Adoptor in DOST- Region 10.

With the help of SETUP, the firm greatly improved its business operations from manual processing to semi-mechanized equipment also with the compliance with food safety standards resulting in the increase of product shelf life from six months to one year.

With the second phase of SETUP intervention, the firm acquired a rotary oven, which helped increased the volume of its products four times compared to the first phase.

First, it minimized baking time by 50 minutes or from four hours and 55 minutes to four hours and five minutes. Second, noted increased productivity by 20% or an equivalent of 16,610 pieces of cakes, ensaymada, and Piñasitas from 83,052 pieces to 99, 662 pieces in the first year. Also, an increased sales by 32% or an equal of P 2,480, 099.20 from P 2,480, 099.20 to P 10,230, 409.20 in the first year. At present, Cakeboom is now establishing a name to bring pride for Bukidnon in the food processing industry. It has expanded its outlets in Malaybalay City from one to four existing outlets and is a great help in increasing employment opportunities.

SETUP assists firms upgrade technologies, the acquisition cost of which to be amortized by the latter in equal monthly installments for three years, without interest.