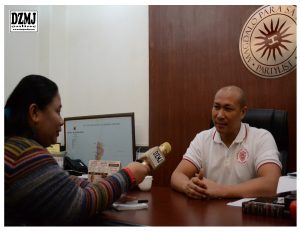 DZMJ Online Season 10 Episode 9 get an exclusive interview with Magdalo Partylist Congressman Gary Alejano, which will be running for Senator. In our conversation featured on the video are his main platform of government, most are incline to science and technology and the security sector.

Philippine Charity Sweepstakes Office (PCSO) through the Gaming Sector
announced on Tuesday that the Board has finally approved the request of the
gaming public to re-implement the P24 lotto ticket consolation prize.

Under the new TRAIN law, lottery tickets were subject to higher DST
prompting PCSO to impose a new price scheme for Lotto and other gaming
ticket prices from P5 to P6, P10 to P12, and P20 to P24.

The TRAIN law also imposed a 20-percent tax on winnings of more than
P10,000 from Lotto, Keno, Small Town Lottery (STL), sweepstakes, and other
PCSO products.

Apparently, the low tier prize of the fourth prize (when a player gets
three correct out of six numbers), happens to be the same as the amount
paid by the player which is P20 where bettors can exchange their “winning”
lotto ticket for a new bet as this has been the practice for the longest
time. But with the increase in Lotto ticket price from P20 to P24, bettors
need to add P4.

Casas admitted that the P63.55 billion overall PCSO sales in 2018 would be
very hard to surpass this year because it became very phenomenal.

He further revealed that the Gaming Sector is eyeing the implementation of
mobile applications or internet gaming of existing Lotto games this year,
especially with popularity of smart phones.

Social classes are hierarchical grouping of individuals based on wealth,
educational attainment, occupation, income, etc. Class A and Bs or the
Upper Classes are moderate to big businessman, top executive; while Class
Cs are junior executives or young professional, semi-professional or a
middle level supervisor, small businessman, generally skilled or white
collar worker.

Casas assured the gaming public that the agency, particularly the Gaming
Sector, will always protect the lottery draws to make sure they won’t have
glitches and the winners are always legitimate. 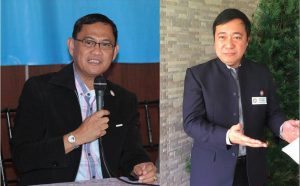 PCSO set to give P8B to PhilHealth in 3Q

Philippine Charity Sweepstakes Office (PCSO) General Manager Alexander
announced on Tuesday that the agency is set to give P8 billion to
PhilHealth in compliance with the Universal Healthcare (UHC) Program of
President Rodrigo Duterte.

“The agency will give 40 percent from the 30 percent of our Charity Fund,
which is about P8 billion for Universal Healthcare Program on the 3rd
quarter this year,” said Balutan.

UHC will catalyze reforms for the health care system in the Philippines,
particularly strengthening primary care services, through the Philippine
Health Insurance Corp. or PhilHealth.

In 2018, PCSO has helped a total of 528,190 patients under its Individual
Medical Assistance Program (IMAP), spending about P10.2 billion for
hospitalization, request for medicines, chemo and dialysis sessions,
laboratory and diagnostic procedures.

Balutan added that the agency is set to construct its own Corporate Center
to be located at the Veterans Memorial Medical Center in Quezon City to
decongest its extension office at Lung Center of the Philippines, which is
catering about 700 patients per day.

Charity Fund is divided into two: 60 percent of which is for IMAP and other
charity programs such as Ambulance Donation, Calamity Assistance, Medical
and Dental Mission, and others; while 40 percent is for mandatory
contributions of PCSO to almost 28 government agencies like Philippine Drug
Enforcement Agency (PDEA), Philippine Sports Commission (PSC), Commission
on Higher Education (CHED), among many others.