The Department of Agrarian Reform (DAR) is celebrating the 31st year of the Comprehensive Agrarian Reform Program (CARP) implementation by lining up various activities at the Quezon Memorial Circle and the DAR compound.

CARP is a social justice government program initiative that aims to grant landless farmers and farm workers ownership of agricultural lands. It is implemented through Republic Act No. 6657 signed by former President Corazon Aquino in 1988.

Agrarian Reform Secretary John R. Castriciones said the agency’s fast-tracking of land acquisition and land distribution is in line with the President’s directive to hasten the implementation of CARP.

“The DAR’s mandate is to distribute land to the landless farmers because the root of poverty among our farmers is the insufficient lands to till,” Castriciones said.

To kick-off the celebration on August 27, the DAR will hold a fun run to be led by Castriciones. Expected participants are CARP farmer-beneficiaries, employees of the DAR and other CARP-implementing agencies. This event will signify the farmers’ appeal for the continuous support of DAR to continue implementing CARP and providing necessary support services.

A human chain formation will follow as the DAR’s response to signify the department’s unity to continue providing assistance to the farming sector.

The highlight of the day is the mass distribution of land titles to farmer-beneficiaries to be led by no less than President Rodrigo Roa Duterte, together with Secretary Castriciones, in the afternoon. ### 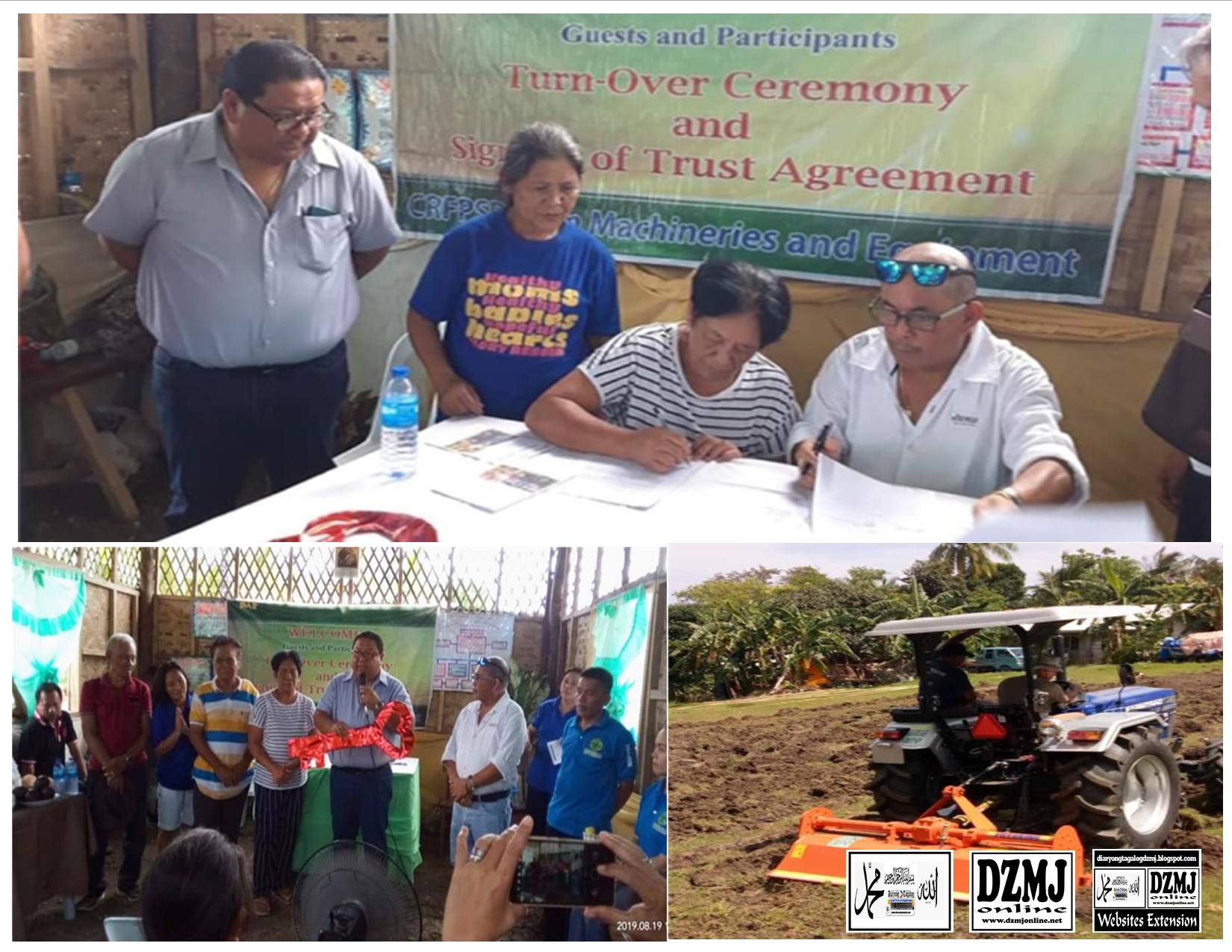 Department of Agrarian Reform (DAR) – Cebu recently turned over a 35-HP tractor with implements worth P1,048,000 and two units of shredders worth P270,000 each to farmer-beneficiaries in Barili, Cebu. This was led by DAR Cebu head, Antonio A. Del Socorro.

The provision of the common services facilities is funded under the DAR’s Climate Resiliency Farm Productivity Support Project (CRFPSP), a support services program component which aims to improve farm productivity and the earning capabilities of the ARBs in a sustainable manner through their organization and associations.

After the symbolic turn-over of the Key of Responsibility, the signing of the memorandum and trust agreement immediately followed. The event was graced by Barili Town Mayor Marlon Garcia.

The turn-over ceremony, held on August 20, 2019 at Mantalongon, Barili, Cebu was also attended by the offficers and members of the Agrarian Reform Beneficiaries Organizations (ARBOs), barangay officials, and selected DAR Cebu Personnel. ###