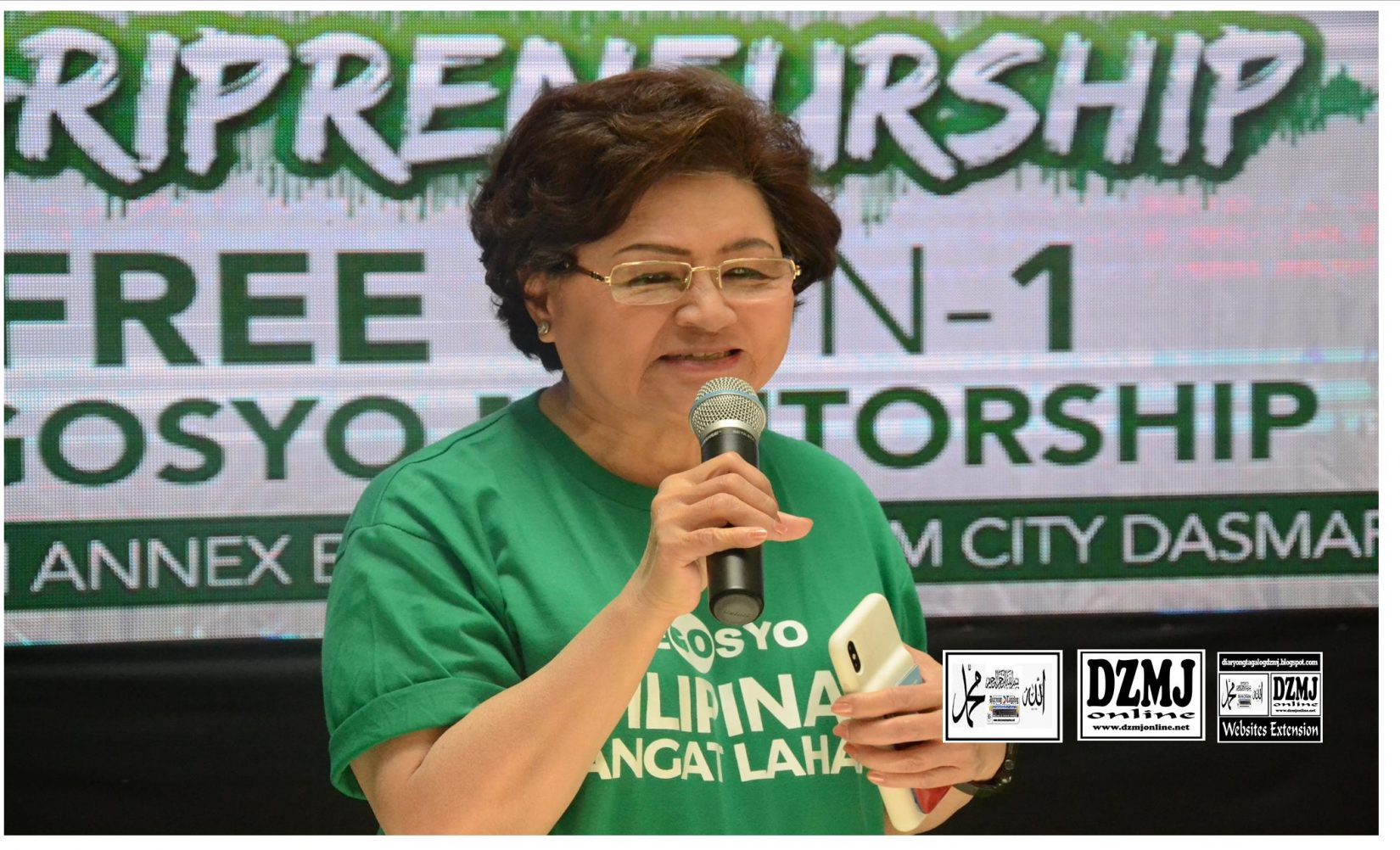 “Mainit na talaga…kapag nahuli ka ng tanim wala na talaga…” This is the common sentiment shared by the farmer cooperators in San Francisco and Guinyangan, Quezon. They shared that rain hasn’t poured in their area since the start of the year. Experts from the Department of Agriculture-Regional Field Office (DA-RFO) CALABARZON and agricultural technicians from the Office of the Municipal Agriculturists (OMA) warned them that this dry spell is not yet the start of the dry season. It would get drier and hotter. They were advised to anticipate and prepare for the possible problems it would entail.

Earlier this year, the Department of Science and Technology-Philippine Atmospheric, Geophysical and Astronomical Services Administration (DOST-PAGASA) advised the public to take precautionary measures to mitigate the potential adverse impact of El Niño. This natural phenomenon threatens the livelihood of the agriculture and fisheries (AF) sector. To make matters worse, extreme weather changes, severe droughts and floods, more frequent and stronger typhoons, increase in annual mean temperature, among other events, brought about by climate change also, pose a serious threat to the AF sector as it threatens the sector’s stability and productivity.

In 2013, DA launched the Adaptation and Mitigation Initiative in Agriculture (AMIA) Program to enable the AF sector to adapt to the adverse effects of climate change and build climate-resilient communities and livelihood. The initial phases of the program identified climate hazards and assessed climate-risk vulnerabilities of the communities. DA tapped various state universities and colleges to conduct a Climate Resiliency and Vulnerability Assessment (CRVA) in the first 10 provinces: Ilocos Sur, Isabela, Tarlac, Quezon, Camarines Sur, Iloilo, Negros Occidental, Bukidnon, North Cotabato and Davao del Sur. CRVA is measured through three components: 1) exposure of the municipality to climate-related hazards, 2) sensitivity of the crops to climate-risks, and 3) capacity of the farmers to adapt with the changing climate conditions.

Dubbed as the “Food Basket of CALABARZON,” Quezon is primarily an agricultural province with more than 300 thousand hectares of agricultural land. According to the Southern Luzon State University (SLSU) through its CRVA in Quezon, “most of the municipalities have low to moderate exposure index to hazard; but considering that crops are highly sensitive to changes in temperature and extreme rainfall, then a minor change in weather and climate could have major implications on production.”

SLSU identified San Francisco as the most vulnerable municipality followed by Guinyangan. San Francisco has low exposure to hazard index but several crops are sensitive to climate change and they have a low adaptive capacity index. SLSU said that the best strategy to address their adaptive capacity is to increase the human and social capital in the municipality alongside introducing climate-resilient interventions and practices.

DA-RFOs of the 10 pilot sites used the results of the CRVA as the baseline data for the next phase of the program. DA-Southern Tagalog Integrated Agricultural Research Center (STIARC), through funding support from the Bureau of Agricultural Research (BAR), implemented the “Community-based Action Research for Climate-resilient Agriculture (CRA) in CALABARZON Region.” The project aims to help the farmers adapt to climate risks and build climate-resilient livelihood through participatory action research.

During a monitoring activity of BAR on 27 February- 2 March 2019, farmer cooperators were able to share their observation with the changing climate and their experiences going through the project and adopting the interventions introduced to them.

In order to strengthen and improve the human and social capital of the farmers, the project team organized 10 Farmers’ Learning Groups (FLG) in San Francisco and five FLGs in Guinyangan. “Farmer cooperators conducted field trials of CRA interventions according to their commodity concern and shared these technologies and outcome with other farmers,” shared Project Leader Aida Luistro.

Further, rice farmers in San Francisco tried testing stress-tolerant varieties. They attested that that RC 282 and GSR 11 are the varieties that gave promising yield and results. These varieties are drought-tolerant with longer maturing days, 110 and 115, respectively. To provide additional income for the farmers, the project team introduced the planting of legumes (i.e. mungbean, peanut, and soybean) as it is effective in improving soil health. Other CRA interventions introduced in San Francisco are corn-based cropping system (with legumes or purple yam, sloping agricultural land technology (SALT), breeding of native pig production.

In Guinyangan, vegetable farming was introduced to coconut farmers. The package of technology include fertilizer application based on soils analysis, use of organic fertilizer, and use of open-pollinated variety seeds. They are also currently testing two black pepper varieties (native and Taiwan). Planting black pepper is in support to the Guinyangan Municipal Local Government to expand its production in other barangays.

“To promote CRA technologies and practices to other farmers, two Farmers’ Field Day were conducted,” shared Luistro. She also mentioned that farmer cooperators in San Francisco were able to visit the AMIA villages in Guinyangan. Through this educational visit, they were given the opportunity to learn from each other’s knowledge and experiences with the CRA interventions and practices.

Access to weather information and farming advisories were also provided to the farmers with assistance from DOST-PAGASA. Weather forecast is disseminated through social media. They also installed farm-level weather instruments to monitor and record precipitation and temperature.

In San Francisco, Cristino Bayran rigorously observes and records weather information since the start of the project. Based on his observations, the diurnal range increased from 7 degrees Celsius to 14 degrees Celsius. He shared that the extreme changes in the weather is very alarming. In late 2018, he shared that farmers couldn’t plant because of the severe rainfall — a complete opposite of what they are experiencing this early in the year. Thus, the importance of enabling our AF communities to adapt to climate risks and build climate-resilient communities and livelihood. ### 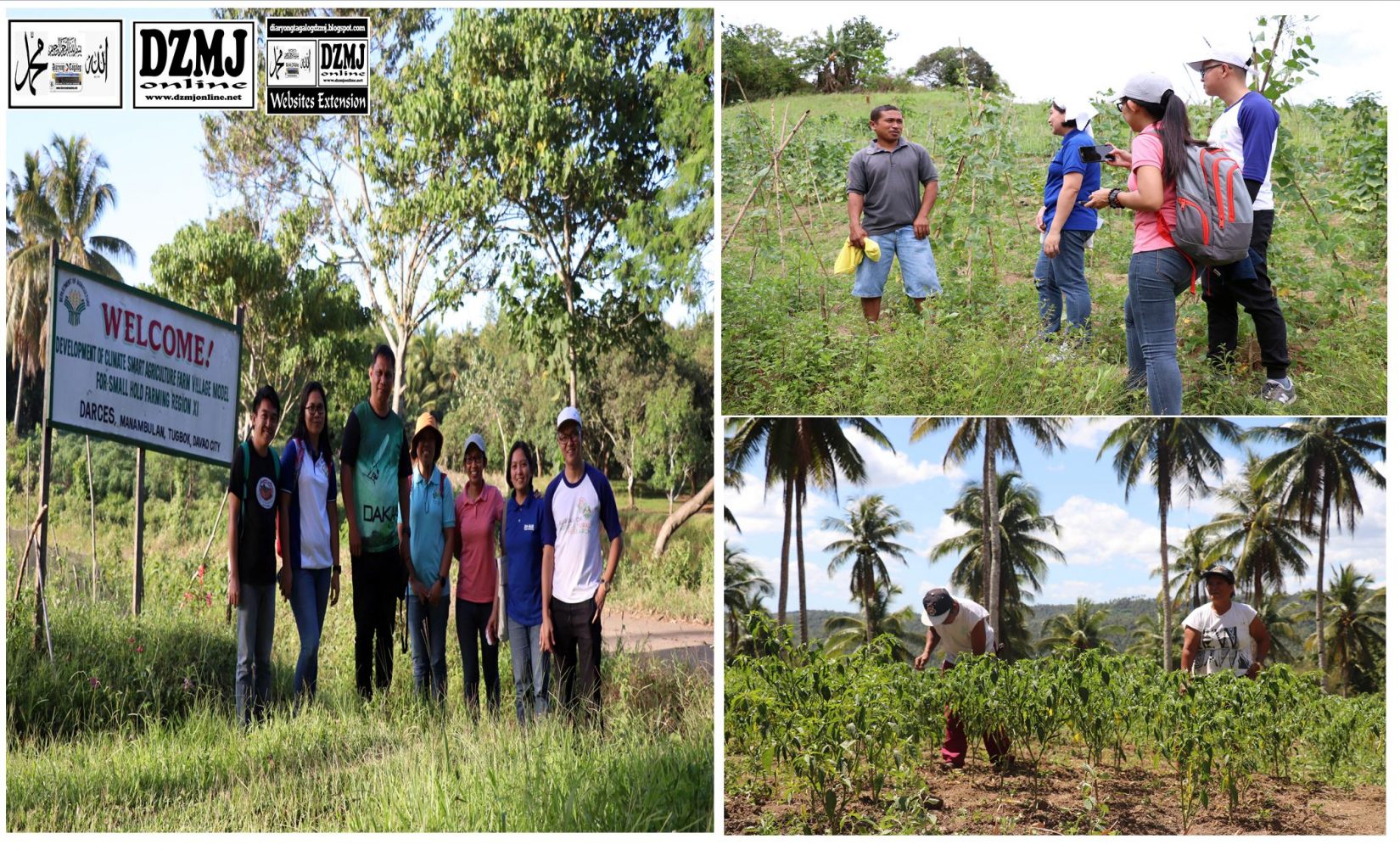 Color plays an important role in our food preference. It can predetermine how we perceive the taste and flavor of what we’re about to eat. In fresh foods, we rely on the color to determine their level of ripeness or freshness. For processed food, it becomes a whole different topic. When food undergoes processing, it loses its naturally vibrant color, thus the need for artificial color additives or food coloring.

Artificial coloring makes any food product more delectable and mouth-watering. Unfortunately, some of them are actually harmful to the body. Although some claims are still to be validated and are subjected to debates, they can be toxic and carcinogenic.

To address this, researchers from the University of the Philippines Los Baños (UPLB) led by Lourdes B. Cardenas of the Institute of Biological Sciences, conducted a study with the hope of providing the public a healthy and safe alternative to artificial food coloring using indigenous plants. The study, “Biotechnology in the Utilization of Natural Colors from Indigenous Plants,” which was funded by the Bureau of Agricultural Research, aimed to identify indigenous plants with health benefitting natural colors and develop technologies using them.

These indigenous plants were screened using the following criteria: 1) toxicity, 2) tinctorial strength (potency of the pigment) but with minimal or without imparting any flavor or aroma, 3) availability of the raw materials and ease of handling, 4) mutagenicity (capacity to induce mutations), and 5) stability of the pigment under different pH, temperature, and light regimen. Also considered in choosing the plant pigment as food colorant are: solubility in water, and demand of a particular color in the market.

As potential food colorants, the researchers included plant species with Anthocyaninsand Betalains, these are plant pigments that are water soluble. Carotenoids were not included in the study as these pigments are not water soluble and are sensitive to light.

Meanwhile, the researchers included Curcuminoids (not water soluble), which can be found in turmeric, because it was found to be the best alternative natural colorant to Tartrazine(synthetic lemon yellow azo dye primarily used as a food coloring).

To get the results, the colorants were tested under different types of food preparation: fresh, steamed, boiled, and baked. They prepared salad using the begonia, and ice cones or scramble with a whole extract from lipote, turmeric, and butterfly pea directly poured on top of the shaved ice. A fondant was made using the lipote, 4 o’clock, and butterfly pea color extracts; and gelatins, puto, suman, butter cookies, scones, and chocolates using the color extracts from alugbati, lipote, turmeric, butterfly pea, and 4 o’clock. The extracted natural pigments were also put inside microcapsules for stability.

Duhat (Syzygium cumini), red gumamela (Hibiscus rosa-sinensis L.), and roselle (Hibiscus sabdariffa L.) were dropped from the list due to factors involving toxicity, stability of pigment, availability of raw materials, and difficulty in extraction of pigment, among others.

The researchers noted that not all pigments from the plant species can be processed into colorants due to low tinctorial strength, and fragility, among others. But even so, these can still be used as colorants for freshly-picked ingredients to dishes that include the begonia, talinum, oxalis, impatiens, portulaca, and nasturtium.

As a final product, the project was able to develop natural colorants in the form of freeze-dried whole extracts, microcapsules, gelatin bars, and glycerine solutions. 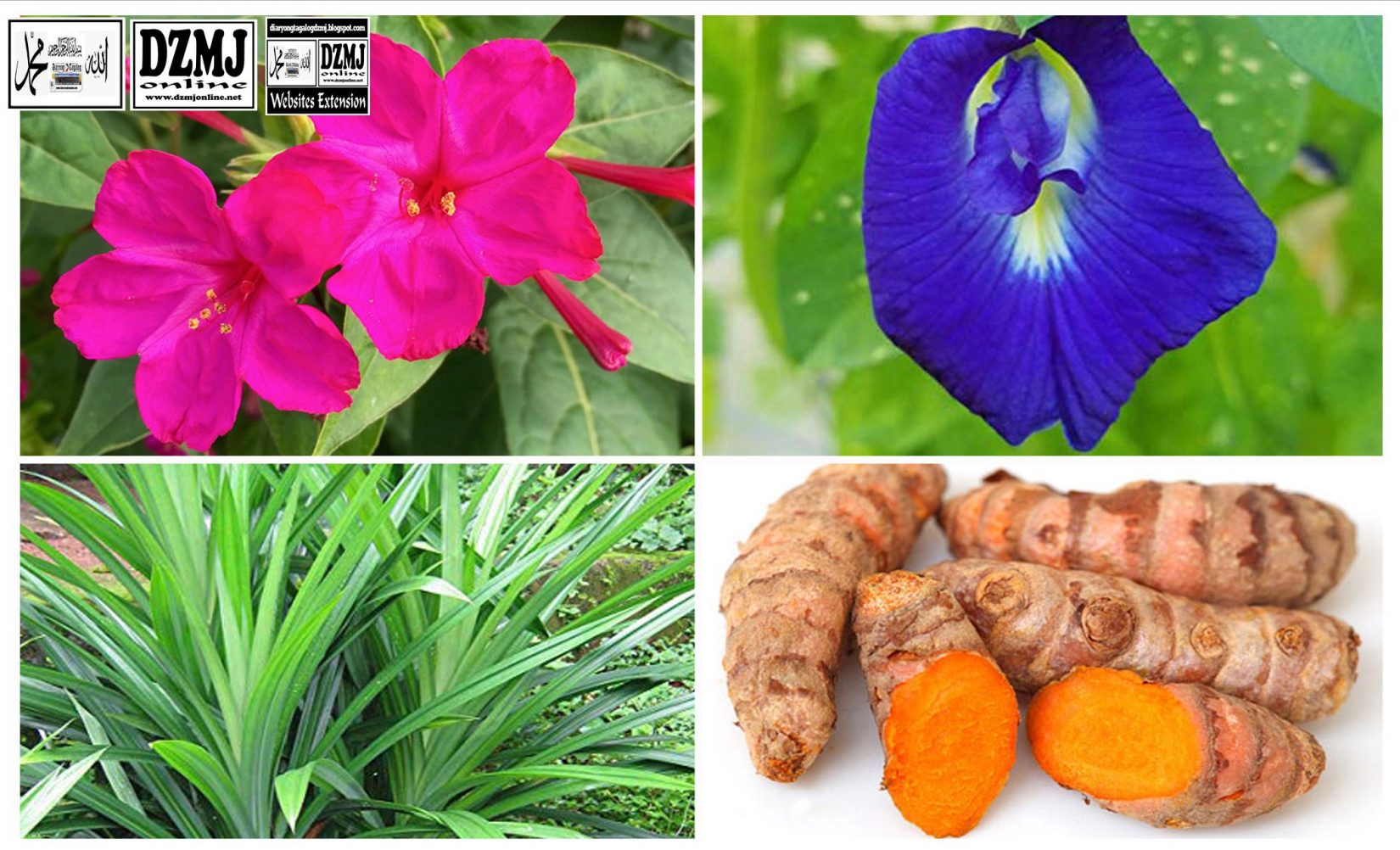