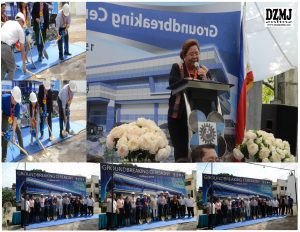 The Harvester is driven by a gasoline engine that allows the spooler to rotate. It is also equipped with pulley and belt to regulate the spooler’s speed. The spooler pulls the seaweed tie-line, which passes through a circular blade that cut and separate the seaweeds from the tie-line. With a linear velocity of 25 meters per minute, the Harvester is 5x efficient than the traditional practice of harvesting seaweeds from farm sites.

The Seaweed Planting Table with tie-line straw inserter uses a foot-operated pedal. The straw is inserted on the tie-line through the needles and partially pulled up when shafting returns to its original position. The machine can insert 15 straws per minute or an efficiency of 36% faster compared to the traditional practice. The tie-line straw inserter is attached to the table with spooler underneath that collects the tie-line inserted with straws at speed that can be regulated.

Seaweed farmers are expected to benefit from these technologies in terms of increasing farm profitability and reducing risks/hazards to farmers during farming and harvesting, particularly during stormy weather (Eileen M. Redera, DOST-PCAARRD S&T Media Services). 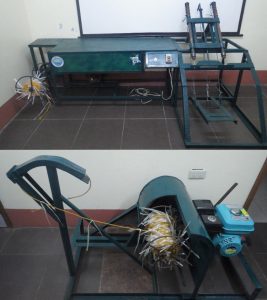 Juan Algae, a microalgal paste, is a cost-effective feed for milkfish hatcheries

Juan Algae, a microalgae paste developed by the University of the Philippines Visayas College of Fisheries and Ocean Sciences (UPV-CFOS) and the UPV Museum of Natural Sciences, is a cost-effective feed for milkfish hatcheries. The innovation addresses the challenge of aquaculture operators during microalgae culture, particularly relating to adverse weather conditions.

Microalgae paste is produced from four commonly used microalgae species in aquaculture, Tetraselmis sp., Nannochloropsis sp., Chaetoceros calcitrans, and Chlorella vulgaris. Microalgae are microscopic floating aquatic organisms that are usually found in marine and freshwater environments. It is a basic food for all organisms in their early life stages.

Aquaculture operators can save 25 percent in feed costs when using Juan Algae. Compared with conventional hatchery protocol, the 30kgs of ready-to-use algal paste for feed only costs ₱18,000 compared with using live microalgae culture, which can cost ₱22,500, as it requires labor and maintenance costs.

Juan Algae and the live microalgae’s performance is the same in terms of density with respect to time. Moreover, the growth of milkfish fed with live microalgae and microalgae paste had no significant differences, suggesting that aquaculture operators can use Juan Algae for easier farm management.

The shelf life of Juan Algae is three months from time of production. Aside from being used as feed, the paste can be used as starter to produce another batch of live microalgae culture.

The innovation is now being introduced in the market as part of pre-commercialization efforts, including market analysis and product validation.

Juan Algae is developed under the program, “Improvement of microalgae paste production for aquaculture,” funded by the Philippine Council for Agriculture, Aquatic and Natural Resources Research and Development of the Department of Science and Technology (DOST-PCAARRD) and CFOS-Institute of Aquaculture of UPV.

The project tested the microalgae species, Nannochloropsis sp., in two hatcheries located in Lucena City and Dumangas, Iloilo, as well as in the UPV-CFOS-IA Multi-species hatchery.

In 2002, the Food and Agriculture Organization of the United Nations (FAO-UN) cited that there are 226,195 aquaculture operators in the Philippines that requires microalgae as basic feed for brackish and marine commodities (Rose Anne M. Aya, DOST-PCAARRD S&T Media Services). 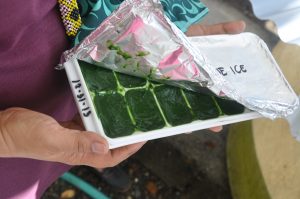