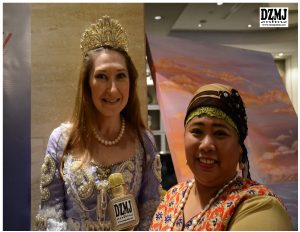 CPAR brings communities to the next level

by Daryl Lou A. Battad

What does it take for farming communities to level up from a state of agricultural paralysis to a resounding case of community-driven agricultural empowerment and development?

Farmers in the province of Ilocos Norte were convinced that embracing good change brought about by an equally good government intervention was the key, especially in the case of Batac and Laoag, where the Community-based Participatory Action Research (CPAR) program was introduced. CPAR is one of the banner programs of the Bureau of Agricultural Research (BAR) that is being implemented nationwide.

Ilocos Norte is considered a prime agricultural land with 3,662 hectares of it dedicated to rice integrated with livestock farming. However, farmers continue to struggle with low yield resulting to low income, thus poor productivity.

In 2012, project leader, Ariel Agresor of the Department of Agriculture-Regional Field Office (DA-RFO) 1 implemented the project, “CPAR on Integrated Rice-Based Farming System: An Approach towards Community Driven Agricultural Development in Ilocos Norte,” participated in by 38 farmer-cooperators.

Agresor explained that the implementation of a CPAR project in the region targets the development of a modernized agriculture through efficient and effective community-based research and development (R&D) systems specifically in the municipalities of Batac and Laoag. Agresor and his team considered CPAR as a potent strategy for rural development, where appropriate and acceptable farming systems are determined by the community members themselves.

Truth be told, the success of the CPAR project lies in the capability and willingness of the farmers to adapt to change.

With the CPAR intervention, the farmers were expected to implement various technologies based on their identified problems and needs. According to Agresor, the farmers were more than eager to learn and unlearn new and old practices, respectively.

For instance, farmers were accustomed to unsystematic nutrient management practices, and without regard for soil analysis. Through CPAR, they integrated and improved such practices, which resulted in a significant increase and quality in their produce.

“Through CPAR, we taught our farmers on the selection of feeder stock, improved forages, formulated feeds, forced feeding, and complete confinement. With these production technologies, our CPAR farmers gained an average income of about Php7,000 per head, a hefty addition to the earnings acquired from other crops,” Agresor said.

Another farmer-cooperator from Batac, Rosalinda Basamot, shared how CPAR greatly improved her life. A long-time tobacco farmer, Rosalinda said that the income they get from it sustained them on a daily basis. “Isang kahig, isang tuka,” as they say.

“Nabawasan ang gastos namin sa production dahil natuto kaming mag-organic,” she added. Since the farmer-cooperators were trained on organic fertilization, they now produce vermicompost which they utilize in their farms. Rosalinda said how this significantly contributed to reducing their cost in farm production.

This is not just the case for both Palma and Rosalinda, but for the rest of the CPAR farmer-cooperators as well. In fact, their records show that from 2012-2016, the average yield of crop components increased significantly, bearing a 21% increase for rice; 140% for white and yellow corn; and 348.18% for winged bean.

Not only that, every CPAR farmer-cooperator now produces organic fertilizer which they utilize in their own farms, and at the same time sell to other farmers in nearby barangays. The farmer-cooperators earned P407,907.00 in total from the vermicompost alone. Value-added products such as rice crispies and chicharon were also developed, giving added income to the farmers. Currently, the CPAR farmer associations were able to tie up with the Department of Labor and Employment (DOLE) and Department of Trade and Industry (DTI) for the processing of these products.

To date, the CPAR project implemented seven years ago is still flourishing. In 2016, it has been turned over to the local government unit of Ilocos Norte for sustainability.

Complementation of introduced technologies and capability buildings enhanced the knowledge skills and attitudes of many farmers while opening opportunities and unified communities for project development. In its four years of implementation under the DA-RFO 1 in partnership with BAR, the human and social capital of farmers were increased inspiring 625 beneficiaries adopting the same package of technologies.

Presently, these farmer-cooperators are serving as farmer-leaders influencing other farmers to adopt the CPAR approach, and just like them, be successful, community-driven farmers who committed to change for better lives, and better communities. 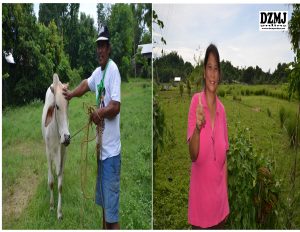 The project, “Technology Commercialization on Slaughter Goat (Triple Cross) in Pangasinan” funded by the Bureau of Agricultural Research (BAR) and implemented by the Department of Agriculture-Regional Field Office (DA-RFO) I, won the “Best Livestock Research Award” during the “First National Livestock Program R&D Review”.

The research team, led by Dr. Jovita Datuin, research manager of DA-RFO I, will receive Php 5M worth of research grant to further their studies and to upscale the project in four provinces of Region I under the auspices of the DA-National Livestock Program.

Dr. Datuin, in her presentation, mentioned that the project aimed to transform goat raising from a subsistence type of farm activity into a profitable goat livelihood employing farmer participatory approach and technology-based rural enterprises.

The research results registered a marked increase in growth and reproductive performance. A 10- and 20-doe level slaughter enterprise registered an increase in the monthly income of Php 1,825.00 and Php 4,164.16 with a return on investment of 71.57 percent and 81.65 percent, respectively.

As an offshoot of the project, micronutrient supplements for goats were developed with the trade name “Jovimin”. BAR provided technical and funding support for the product registration of Jovimin and was issued a Certificate of Trademark Registration on 8 September 2016.

The Jovimin balls also won as one of the Best Innovative Products under the Non-food category during BAR’s 12th Agriculture and Fisheries Technology Forum and Product Exhibition. 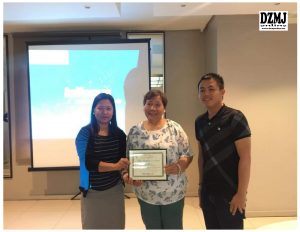