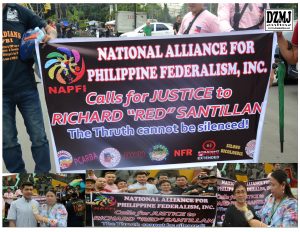 Pay rules for 2019 holidays out

To guide the employers in the private sector on how wages will be computed
if their workers report for work during declared nationwide holidays for
2019, an advisory prescribing the appropriate determination of holiday pay
was released by the labor department.

Labor Advisory No. 15, series of 2018, provides the computation and proper
wage payments for the 12 regular holidays and nine special (non-working)
days in 2019, declared under Proclamation No. 555, series of 2018, issued
by President Rodrigo Duterte.

Also included are the observance of Muslim holidays such as Eidul Fitr or
celebration of the end of Ramadhan and Eidul Adha or commemoration of the
‘Feast of Sacrifice, the proclamations of which will be issued after the
approximate dates of the Islamic Holidays have been determined in
accordance with the Islamic calendar (Hijra) or the lunar calendar, or upon
Islamic astronomical calculations.

For these holidays, the pay rules state that work done during these days
shall be paid 200 percent of an employee’s wage for the first eight hours
or, [(Basic wage + COLA) x 200 percent]; while for work done in excess of
eight hours (overtime), an additional 30 percent of the employee’s hourly
rate, or [(Hourly rate of the basic wage x 200% x 130% x number of hours
worked)] shall be paid.

If the employee, however, does not report for work during these days,
he/she shall still be paid 100 percent of his/her wage for that day, or
[(Basic wage + COLA) x 100%].

Added as special (non-working days) are November 2 and December 24, which
according to the Malacañang Proclamation, are made to strengthen family
ties by providing more time to observe their most cherished traditions, All
Saints’ Day, All Souls’ Day; and Christmas commemorative activities; as
well as to promote domestic tourism.

But if the employee does not report for work, the ‘no work, no pay’
principle shall apply unless there is a favorable company policy, practice
or collective bargaining agreement (CBA) granting payment on a special day.

The 57 deputized inspectors’ authority, which took effect on September 25
and will be valid until December 31, 2018, will help augment DOLE’s
workforce in the strict enforcement of labor laws in various establishments
in the Western Visayas, Central Visayas, and Eastern Visayas, Northern
Mindanao, Davao Region, SOCCSKSARGEN, Caraga, and National Capital Region.

The general authority was contained in Administrative Order No. 36-C series
of 2018.

The volunteers are the fifth and sixth batches of social partner inspectors
deployed by DOLE this year.

To date, a total of 215 volunteers had already been issued general
authority to inspect establishments.

The volunteer inspectors coming from DOLE’s social partners may interview
workers in the presence of the DOLE’s labor laws compliance officers and
employers’ representatives, review employment records and attend mandatory
conferences of the assessed establishments. They will be under the direct
supervision and control of DOLE regional directors.

The deployment of volunteer inspectors coming from DOLE’s social partners
is one of the strategies implemented by the Labor Department to assess
about 900,000 establishments’ compliance with general labor standards and
occupational safety and health. DOLE has likewise created additional Labor
Laws Compliance Officers (LLCOs) plantilla positions to beef up its
assessment team.

The deputized inspectors will be supervised by LLCOs and function on a
voluntary basis, thus will not be paid for their services.

To be a deputized inspector, one must undergo a comprehensive training on
general labor standards and occupational safety and health and earn a
certification from DOLE.

In the Administrative Order, Bello directed the regional directors to issue
the corresponding authority to assess or inspect target establishments and
workplaces. The authority is coterminous with the validity of the
Administrative Order unless a shorter period is provided by the Regional
Director.

The concerned DOLE regional offices shall submit a quarterly report of
inspection activities to the Bureau of Working Conditions that were
participated in by deputized DOLE inspectors from the labor, employer, and
professional sectors.

Bello earlier issued Administrative Order No. 164 which sets the
qualifications and requirements for workers to be part of DOLE’s labor laws
compliance assessment team. *###GSR *