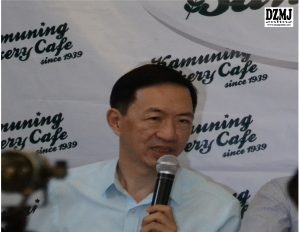 DZMJ Online Season 12 Episode 13 interviewed Mr. Wilson Lee Flores, the moderator at the regular Pandesal Forum held at his Kamuning Bakery and Cafe. Mr. Flores, an Entrepreneur and a journalist advice on how people should learn  to change mindset and cling on to entrepreneurship.

Laguna de Bay provides multiple uses and services benefitting various sectors. It does not only serve as a major source of income for many households but a source of food for the communities surrounding the area. The continuous degradation of the lake’s water quality endangers the well-being of households dependent on the lake.

Creating and implementing a sustainable and equitable management program for the lake remains to be a challenge due to its multiple and conflicting uses. For instance, further development of the aquaculture operations in the lake for food security translates to limited fishing ground for open water fishery, which as a consequence, translates to lesser income for artisanal fishermen. Similarly, promotion of the lake as an ecotourism site can result in decreased aquaculture structures.

With these insights on Laguna de Bay, the project, “Assessing the Implications of Various Resource Use and Management Options in Laguna de Bay” assessed the implications of various resource management options for Laguna Lake. The project was led by Dr. Rico C. Ancog of the School of Environmental Science and Management of the University of the Philippines Los Baños (UPLB-SESAM).

The results of the project were presented to concerned stakeholders particularly fisherfolks and aquaculture operators during the Validation Workshop held at the PCAARRD headquarters on January 29, 2019.

The formulated policies are being considered to complement the river basin management plan of the Laguna Lake Development Authority (LLDA) and will serve as guides for an effective management of aquaculture industry of Laguna de Bay.

The terminal review conducted on January 10, 2019 aimed to gauge if the expected outputs of the project were achieved after implementing it for 18 months (November 1, 2017 to January 31, 2019). The review was facilitated by PCAARRD-Socio-Economics Research Division (SERD) under the leadership of Dr. Ernesto Brown. The whole project team was also present in the review and was also joined by external evaluator, Dr. Rafael D. Guerrero III of the National Academy of Science and Technology (NAST) as an external evaluator. Representatives from other divisions of PCAARRD also attended, which included Engr. Eduardo V. Manalili of the Inland Aquatic Resources Research Division (IARRD) (Annette M. Tobias, DOST-PCAARRD S&T Media Services). 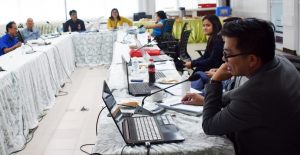 On his 49th day as the newly appointed Australian Ambassador to the Philippines, His Excellency Steven J. Robinson visited the Philippine Council for Agriculture, Aquatic and Natural Resources Research and Development of the Department of Science and Technology (DOST-PCAARRD) on February 28, 2019.

The visit was part of his itinerary to meet with Australia’s key partners in Los Baños and with several Australia Awards scholars.

The DOST-PCAARRD Directors’ Council (DC), led by Dr. Reynaldo V. Ebora, Acting Executive Director, welcomed the Ambassador and other delegates from the Australian Embassy and the Australian Centre for International Agricultural Research (ACIAR). The guests were toured at the S&T Promotion Hub of the DOST-PCAARRD Innovation and Technology Center (DPITC), which features the technologies and innovations generated from R&D projects implemented by DOST-PCAARRD’s partners in the AANR sector.

Dr. Ebora reiterated the deep and longstanding partnership of Australia and the Philippines, through ACIAR and PCAARRD. He also mentioned the growing Filipino scholars, leaders, and change-makers who are beneficiaries of various capability building programs, and degree and non-degree trainings being offered by esteemed Australian universities and institutions. Ebora assured the Ambassador of PCAARRD’s active cooperation and commitment to nurture its partnership with ACIAR as brought by the revitalized Partnering Arrangement signed last December 2018 in Canberra, Australia.

On the other hand, the Ambassador shared his excitement to be in Los Baños, where many partner institutions of Australia are based. He expressed his interest in getting to know these institutions further, as well as his enthusiasm to lead and strengthen diplomatic relations during his term in the Philippines. He remarked that he will always remember the PCAARRD-ACIAR partnership because it has spanned more than 30 years, the same duration when he has been in diplomatic service.

PCAARRD-Policy Coordination and Monitoring Division (PCMD) Director Dr. Lilian G. Bondoc provided a brief background on the partnership between ACIAR and PCAARRD. Dr. Bondoc mentioned the nine projects that are being funded by ACIAR and PCAARRD and implemented by the Council’s partners in the regions. The said projects are on horticulture, livestock production, climate change, impact assessment, area-wide management approaches for mango fruitflies, and forest and landscape restoration. Also to be implemented is the project on land management of diverse rubber-based systems in Southern Philippines.

PCAARRD Deputy Executive Director for Administration, Resource Management and Support Services (DED-ARMSS) Dr. Melvin B. Carlos said he is positive that the bilateral ties of Australia and the Philippines will be further strengthened. He also expressed appreciation, in behalf of the organization, for the short but meaningful visit of Ambassador Robinson. 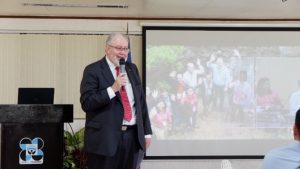 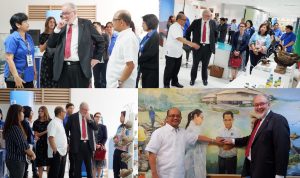 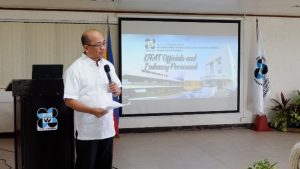