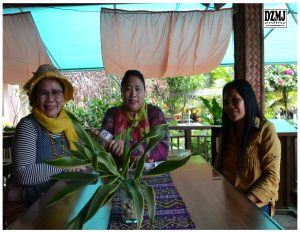 After successfully hitting its revenue, which is P63.55 billion, from its
target P60 billion in 2018, Philippine Charity Sweepstakes Office (PCSO)
General Manager Alexander Balutan shared the secrets to leading a
successful agency, despite all the challenges and detractors.

“The character I have painstakingly built through the years in the military
service along with the Academy’s motto of ‘Courage, Integrity and Loyalty’
are the most effective and powerful management tools in leading a
successful agency,” emphasized Balutan.

A graduate of Philippine Military Academy “Matikas” Class of 1983, Balutan
is a battle-tested Mindanao veteran and a former marine general who earned
the moniker “Mandirigma” in the Armed Forces of the Philippines.

In 2016, Balutan was appointed by President Rodrigo Duterte as General
Manager to help fight corruption in PCSO. “No need for a doctorate degree or luxurious titles if one has weak leadership and poor discipline/character,” he added.

Over the years, PCSO was plagued with alleged corrupt activities that even
the President described it as the “most corrupt agency in the government”.

“We generate funds for charity services of the country, health programs of
national character. That’s our mandate. We do not get anything from the
national coffer. We earn our funds through gaming. Ang tawag po dito ay
‘gaming’ hindi gambling,” explained Balutan.

“Kaya itong nire-remit sa atin na monthy PMRR (Presumptive Monthly Retail
Receipt) ng mga STL operators is really a big boost to PCSO’s 30 percent
Charity Fund that provides payment for hospital bills of thousands of
patients every day – patients undergoing chemotherapy and radiation,
dialysis, those who are in need of implant and transplant operations, among
others. This is the reason why PCSO exists stronger than ever,” he added.

STL is a regular game by PCSO authorized by the national government through
Section 1 of Republic Act 1169; while AACs are corporations or cooperatives
duly registered with the Securities and Exchange Commission (SEC) or with
the Cooperative Development Authority (CDA), respectively that applied,
been duly qualified and expressly authorized by the PCSO to conduct STL in
a particular area.

In a data provided by Branch Operations Sector headed by Assistant General
Manager Remeliza Gabuyo, STL has employed 314,596 employees as of December
2018. Of that, 13,720 are organic employees, 26,227 are sales supervisors,
and 274,649 are sales agents.

This workforce comprises those who could not pass the nitty-gritties of job
fairs because of their lack of education, old age, or they are physically
disabled At present, there are 86 ASAs (Authorized STL Agents) and 12 terminated
corporations.

PCSO gives away P426M jackpot price over the week

“This seems to be a lucky year for our lotto clients – which is a nice way
to start the year,” he said. Of the six jackpot winners, two hit the jackpot prize from the Ultra Lotto 6/58; two from Lotto 6/42; and one from Super Lotto 6/49 and Grand Lotto 6/55, respectively.

Balutan said the biggest jackpot hit this week is the Grand Lotto 6/55
where the winner bought his ticket from the lotto outlet managed by the
Lucky Circle Corporation located at the Lower Ground Floor of SM City Cebu.