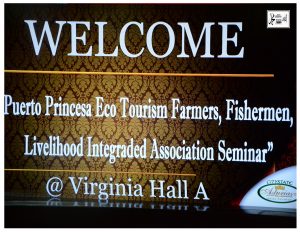 DZMJ Online Season 7 Episode 11 is at the City State Asturias Hotel In Puerto Princesa Palawan where the Royal Imperial Lupah Sug Islamic United Kingdom of Sulu and North Borneo is at the Federal Republic of Lupah Sug to spearhead the Puerto Princesa Eco Tourism Farmers and Fisherman Integrated Association Inc.

Philippine Charity Sweepstakes Office (PCSO) General Manager Alexander
Balutan revealed on Wednesday that the agency is eyeing online, mobile or
text betting to boost the 2019 sales up to 70 percent.

Balutan hinted that the agency’s revenues might hit plateau this year due
to the roll-out of Small Town Lottery (STL) and Lotto nationwide.

According to Roger Ramirez, manager of Product and Standard Development
Department (PSDD), there are currently 16 game proposals for evaluation by
the Technical Working Group (TWG) on Gaming.

However, majority of these games have been found out to be lacking in
certain requirements, some of them are yet to comply with the requirements,
and some have been virtually denied.

“The gaming sector should re-consider and review the games because the
lifeblood of PCSO is actually in the introduction of new games, considering
the fact that in the past eight years, the sales of Lotto has actually
plateaued,” said Ramirez.

Ramirez thinks it is necessary for PCSO to really come up with new and
exciting games that will generate more income. A combination of online and
offline, but mostly online.

“There is a marching order from the Board – from the GM himself – to
expedite the processing of these games with the end in view of coming up
with recommendations to the Board for the adoption of certain games. Every
year, there should be at least one new game to be launched,” Ramirez added.

Ramirez revealed that PCSO’s market penetration is only at 12 percent, that
is why the top management should look into the immediate adoption of the
mobile text betting whereby people can place their bets to all games online.

“’Di ba nung nag-P1 billion ang jackpot prize sa Ultra Lotto 6/58 ang
haba-haba ng pila? Can you just imagine if you can place your bets on your
phones in the confines of your homes, offices, or anywhere without having
to go Lotto outlets? With mobile and text betting system, I guarantee the
market penetration rate will go as high up to 70 percent. I think it’s
going to push our market penetration rate to the skies. It’s the fastest,
most significant way to actually increase the sales,” he said.

Alongside with mobile or text betting, Ramirez said the agency will also
look into the registration of SIM cards to secure the bets and safety
measures for minors.

“Most likely, dapat, within the first semester – January to June may new
game na tayo. Minamadali na ito ng Board. Siguro within the next couple of
months – mga April or May meron ng ng ilo-launch,” he added.

When evaluating game proposals, the TWG looks into the financial, legal,
and technical aspects. Legal aspect is about the legality of the game –
whether or not the game is legally permissible under the PCSO Charter –
because not all games are covered by or within the jurisdiction of PCSO.

“We are limited to lotteries. Some games belong to PAGCOR (Philippine
Amusement and Gaming Corporation),” clarified Ramirez.

The legal aspect also tackles the mode of procurement whether or not the
game proposals shall go through the bidding process, direct contracting, or
other modes of procurement.

According to Ramirez, PCSO follows a certain formula on revenue allocation.
While the proponents propose their own formula during the proposal, they
have to agree with PCSO in consideration of the TRAIN law or prize fund tax
during the negotiations and discussions.

“Sometimes, these proponents are not aware of how we [PCSO] actually
allocate. Whenever they do come [and give their proposals], PCSO gives them
the revenue allocation to study and find out if it will match their
proposal,” he added.

When submitting proposals, proponents should furnish all the legal,
technical, and financial requirements/documents in 15 copies. PCSO then is
given 10 working days to evaluate each proposal within which all concerned
line departments have to evaluate the proposals.

Should there be some need for clarifications, the line departments will
request the PSDD to convene and clarify issues. All proposals are welcome
all year-round. It usually comes unsolicited.

After 10 working days, line departments are expected to come up with an
evaluation report. If there’s some clarification needed, the PSDD will call
the proponent for a clarificatory conference.

Likewise, if there are insufficient or incomplete documents such as
Securities and Exchange Commission (SEC) registration or financial
statements, the proponent will be asked to complete them. Proposals should
also include market feasibility, income projections (how much money are
they earning), and product acceptability, among many others.

Upon completion of documents, the line departments will be given another
five working days to complete their evaluation. PSDD then will collate and
gather all evaluations and will make a consolidated report, and submit them
to the AGM for Gaming and to the GM with a recommendation if it’s regrets
or okay. The GM will then submit the recommendation to the Board for
discussion and approval.

“Once the game has been approved by the Board, the game is going to be
PCSO’s game. We shall have the full control and supervision of the game and
remittances of earnings. We will take over,” clarified Ramirez.

After the game proposal has been thoroughly studied, evaluated, and
approved by the Board, PCSO and the proponent will enter into a Memorandum
of Agreement (MOA) where it stipulates all the terms, conditions, and
obligations. 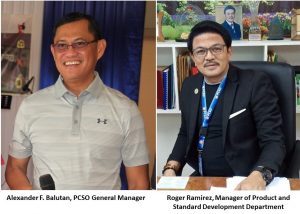 It is indeed a lucky start of the year for our gaming public as another
Lotto millionaire was declared in just a span of 10 days – seventh
millionaire for this year.

“It is a first of its kind in a span of 10 days. Our lucky millionaire
guessed the correct combination of 19-01-25-43-18-39, taking home the
jackpot prize of P63,810,688, in the Mega Lotto 6/45 draw,” announced
Philippine Charity Sweepstakes Office (PCSO) General Manager Alexander
Balutan as he described the phenomenon of the agency’s lotto games this
month.

“We have just given close to half a billion jackpot prizes for seven Lotto
games this January amounting to P490,359,761,” Balutan said.

On Monday, a lone winner took home the P239.2 million for the Grand Lotto
6/55 from the Lotto outlet managed by the Lucky Circle Corporation located
at the Lower Ground Floor of SM City Cebu.