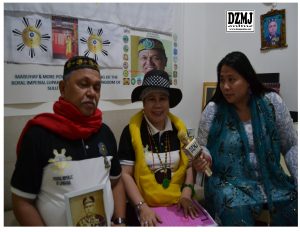 15 January 2019, Manila, Philippines* – Seven out of 10 Filipinos will
support candidates who will ban establishments from using single-use
plastic across the country, according to a Social Weather Stations survey
undertaken on the third quarter of 2018[1].

The nationwide survey also showed that eight out of 10 Filipinos will vote
for a candidate who will advocate for the strict implementation of solid
waste management laws.

“The voters have spoken, and they want candidates who will address the
issue of plastic pollution with true and lasting solutions. We are hearing
a lot now on how politicians want to solve this crisis, but sadly, these
are band aid solutions that are mostly done for show. Our voters are
looking at the midterm elections to choose candidates who will present a
vision and see that vision translate into action,” said Abigail Aguilar,
campaigner for Greenpeace Southeast Asia – Philippines.

The survey revealed a strong clamor for regulating or banning single-use
plastics and the proper and full implementation of Republic Act 9003 or the
Ecological Solid Waste Management Law, which provides for solid waste
reduction through proper waste segregation, recycling, composting, and
other ecological methods before disposal in the appropriate facilities.

Despite being hailed as one of the world’s most progressive laws on waste
management, the implementation of the 18-year old law has suffered from
lack of political will, alleged corruption by local government officials,
and contradicting policies from government agencies involved in waste
management.

The survey also revealed that people are starting to look at the role of
corporations perpetuating the plastic pollution crisis. While seven out of
10 still point to individuals as being responsible for reducing plastic
pollution in the country, three of 10 Filipinos now believe that companies
that produce plastics should have greater responsibility.

“These findings show that plastic pollution has become an important issue
for Filipinos. They expect their elected officials and those aspiring for
public office to come up with genuine solutions to address the problem.They
are also waking up to the fact that while individual responsibility is
important, the companies who are pushing the continued production of single
use and unrecyclable packaging for their products bear a greater
responsibility for this crisis. This is a trend that we are seeing
worldwide,” said Von Hernandez, coordinator of the global
#breakfreefromplastic movement.

The Philippines, along with other Southeast Asian countries, have been
reeling from the effects of plastic pollution brought about by the influx
of products wrapped in sachets or smaller plastic packaging aimed at
reaching lower income brackets in developing countries. However, the burden
of managing the overabundance of plastic wastes often falls on the
shoulders of the communities and governments, while corporations’ plastic
production remains unbridled and unchecked, and is poised to increase by
nearly 40% over the next decade[2].

“Everyone has the responsibility to solve this crisis, but we have to
demand more accountability from those with bigger stakes in this issue.
While our government is doing its part, it needs to go beyond the
statements and act on the issue with more political will. Corporations
producing plastic should also be more responsible and show their
willingness to solve this plastic mess by reducing the amount of plastic
they put out into the world. We need to stop dilly-dallying if we are truly
committed to stopping this madness,” Aguilar said.

“Cove Manila and Okada Manila can be part of history by setting a record
for being a prime nightlife destination by having an environmentally-sound
New Year’s Eve celebration. But instead, these establishments will start
theirs with the worst possible violation to the environment by setting the
record of being one of the biggest plastic polluter in one event. Indoor or
outdoor, this activity is a travesty and injurious to our already suffering
environment.

“The plan to set a Guinness World Record for the world’s largest balloon
drop is an event and a record nobody wants to have nor asked for. As a
Filipino, there is nothing to be proud of from this so-called ‘biggest
balloon drop’ event. Since Friday night, social media is burning with the
posts and comments of angry netizens asking Cove Manila to halt this
inexcusable environmental transgression disguised as a party. Right now,
more than 63,000 people signed our petition on Bataris.org.ph, urging Cove
Manila to stop this event [1].

“As we have seen in the past few days, netizens are very much aware of the
environmental damage this activity will do. They are no longer buying the
myth of recycling that establishments like Cove Manila and Okada Manila are
perpetuating as an excuse. Recycling and ecobricking are not solutions and
should not be used as an excuse to conduct environmentally damaging
activities. In this day and age of extreme weather conditions due to
climate change, when we we are waking up to realities of a polluted world
on a daily basis, refusal and reduction of wastes should be our primary
course of action.

“At this point, we are still urging these two establishments to drop their
plan and halt this activity. We are calling everyone who loves our country
to start the New Year right with a renewed commitment to protect and love
the environment by NOT patronizing this event. Lastly, Cove Manila and
Okada Manila should realize that the real responsible thing to do is to
#dropballoondrop.”