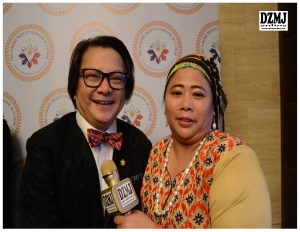 Fermin Anog, 61, has been a farmer all his life. Prior to the introduction of a Community-based Participatory Action Research (CPAR) project in Calinan District, Davao, Mang Fermin is already into cacao growing but he was into planting native cacao.

CPAR is one of the banner programs of the Bureau of Agricultural Research (BAR) and is being implemented nationwide through the various Regional Field Offices (RFOs) of the Department of Agriculture (DA). The CPAR on Cacao Production, which started in 2016, aimed to increase the production of cacao in Calinan District, particularly in the two baranggays (Sirib and Subasta), by introducing various research interventions including the integration of cacao recommended varieties as well as capacitating the farmers on cacao production management.

“I become a CPAR farmer-cooperator with the help of Fe Oguio, the agricultural technician here in Calinan District. She invited us in a meeting wherein CPAR was introduced to us. We saw the goodness and advantage of having been involved in CPAR so we decided to be involved, recalled Mang Fermin.

According to Grace Gutierrez, CPAR coordinator of DA-RFO 11, they chose cacao because it is one of the major crops being grown in the Calinan District. “One problem that we observed during the site validation was that their old cacao trees (more than 20 yrs old), have been producing less and yet the farmers wanted to sustain them as they were good varieties and high yielding too. But the problem is what technology to apply to return it to high yielding tree and to preserve it as well,” she said.

She further mentioned that due to the limited knowledge in the current technology, problems such as unmanageable pest and disease occurrences, and soil exhaustion also resulted in low yield. And this has something to do with the farmers’ lack of interest in participating in seminars and trainings, inefficient information dissemination, and lack of adoption in technical recommendations,” said Gutierrez.

With the introduction of CPAR in Calinan District, 30 farmers have become interested and became farmer-cooperators. One of them was Mang Fermin, who then becomes the chair of the Sirib Active Group of Individual Growers Cooperative (SAGING Coop). He owns 0.6 hectare allotted to CPAR cacao.

Part of the interventions in CPAR is the rehabilitation of the old cacao using side grafting or/ and chupon. Side grafting technology is done by inserting a pencil-size cacao budwood stick to a triangle cut in a trunk of an old cacao tree, and covering the grafted cacao with cellophane to avoid rain water. After weeks, the cellophane is opened. The old cacao tree is opened when it reached its full blown production. A clonal rehab of cacao is done after a year. Meanwhile, chupon technology is done when a pencil-size rootstock from the old cacao tree is grafted with new variety (UF-18 or BR25). Binding it with cellophane then opening it after three weeks opening, the branches are pruned so that the newly-grafted will have enough sunshine. When the grafted cacao reached its full blown bearing time, the old tree is then cut off.

Ibigsabihin nito, di mawawalan ng income ang farmer while waiting for the fruiting of the newly-grafted cacao in the same tree.” explained Gutierrez.

As a farmer-cooperator, Mang Fermin received technical assistance as well as initial inputs like new varieties of cacao plants (UF-18), fertilizers (organic and inorganic), farm tools, and equipment in support to their farm activities like pruning shear, bolo, water container, among others. As a counterpart, the local government unit of Calinan District provided more trainings related to cacao management which is not included to CPAR training modules. CPAR training modules include hands-on training workshop from cultural management down to capability building.

Mang Fermin mentioned that having been involved in CPAR brought him new learnings that he now uses to improve his cacao production. For example, he mentioned that he learned how to combine organic and inorganic (manure and urine goat) to control pests and diseases in cacao.

During peak season, Mang Fermin harvests every other week (twice in a month) with an average of 70-80 kilos cacao from his 0.6 hectare land.

“After harvesting, we remove the beans from the pods, put them in a jar, and sell them to the Cooperative or other interested buyers,” said Mang Fermin.

As part of the sustainability scheme of CPAR, aside from the repayment scheme through their associations, the project has also provided the nursery inputs and seedlings from which the farmer-cooperators are now earning.

Gutierrez, during the turnover ceremony of the project, reminded everyone that although the project is now on the hand of the LGU, the CPAR Team of DA-RFO 11 will still be supporting them particularly on the technical aspect, ensuring that it will continue even though the project has been completed. ### 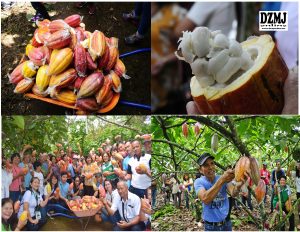 The prospect of peace with the communists remains bright, with the talks very much alive, Labor Secretary Silvestre Bello III, who chairs the government panel negotiating peace with the National Democratic Front, said on Wednesday night.

Addressing peace champions and advocates during the awarding ceremonies of the Rotary Gawad AKap peace awards at the Philippine International Convention Center, Bello said he could not give details, except the assurance that “the peace talks is very much alive.”

“We achieve peace when you address the root causes of the armed conflict… and especially when justice is available to everyone,” he said.

Bello was among those honored by 32 Rotary Clubs of Rotary International District 3830 for their distinct contribution to the cause of peace.

He was conferred the Gawad AKap peace warrior award for the fruitful back channel talks with the NDF resulting to the resumption of formal peace talks and the conduct of four successful rounds of talks until November 2017. His job as negotiator spanned four presidents, starting with the late President Corazon Aquino.

“The value of having talks is that there is less shooting. No talks, more shooting! When we talk, we lessen the level of violence,” Bello said.

Randy Felix Malayao, the NDF consultant who was shot dead while asleep in a bus on the way to Isabela last January 30, was honored with the peace hero award.

Advocacy groups Sowing the Seeds of Peace in Mindanao and Tsokolate at Pandesal based in Albay were also recognized.

The Gawad AKap Rotary peace awards aims to pay tribute to the champions of peace, including individuals, organizations, institutions, corporate citizens, religious organizations and leaders, media entities and personalities who took on the resolution of the homegrown armed conflict as the core of their peace advocacy.

“It is our wish that the Rotary Gawad AKap Awards will be able to help our national leaders overcome the rough road to peace. May this connect both ends of the peace table so that the lives of the many who impoverished could be saved from senseless destruction,” RC Fort Bonifacio Global City President Raul Francia said.