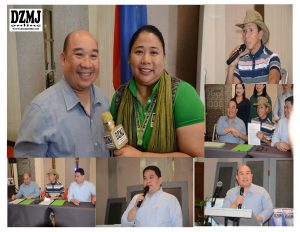 DZMJ Online Season 11 Episode 11 is with the Lopez Group of Companies ADTEL, the company behind BARON tv Antenna and KENT water purifier. we also met with Kuya Kim Atienza being the endorser of both products as he signed another year contract endorsing Baron.

“Among the priority areas of KOICA Philippine office is disaster
preparation and preparedness. KOICA included this section in its Country
Partnership Strategy (CPS) from 2016 to 2020,” Department of Science and
Technology (DOST) Secretary Fortunato Dela Peña said last Friday. He also
added that PAGASA has been a strong partner of KOICA in bringing
development projects since 2007.

“The Korean government recognizes the urgent need to address and mitigate
the devastation caused by floods, as it is considered to be one of the most
damaging natural disasters in the country. We recognize the need to
strengthen disaster response capacities to save and protect more lives,”
Korean Ambassador Han Dong-man said in his speech during the launch. 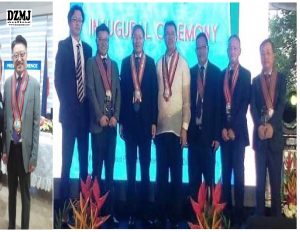 MANILA – The recently concluded 23rd National Press Congress by the
Publishers Association of the Philippines, Inc. (PAPI), held at the
Bayleaf Hotel, Intramuros, Manila has highlighted community development
through enhanced public awareness on science and technology.

The annual event is mandated under Presidential Proclamation 1187 which
declared December every year as the Month of the Community Press in the
Service of the Nation, and designed PAPI as lead agency for its observance.
The 23rd National Press Congress edition was held in collaboration with the
National Capital Regional office of the Department of Science and
Technology (DOST-NCR).

In his message, DOST-NCR Regional Director Jose “Jojo’ Patalinjug, III
stressed the value of their partnership with PAPI on the media event which
he said will hopefully help bridge the communication gap in their efforts
to bring science, technology and innovations to the people. He particularly
cited the event’s theme: “Science and Technology as Prime Movers of
Developmental Growth.”

DOST Secretary Fortunato de la Peña, who keynoted the press congress, also
noted the theme’s clear message. “I appreciate that you have chosen the
role of science and technology as prime movers of developmental growth for
this year overall theme,” he said and emphasisized the importance of Press
Freedom and value of communication and connections. “We stand to benefit
tremendously from collaboration in sharing knowledge for the greater good,”
he added.

PAPI chairman emeritus Johnny P. Dayang acknowledged previous PAPI
president Louie Areola who formally introduced Sec. Dela Pena, and
incumbent president Nelson Santos for all their efforts to make their
organization responsive to current development demands. “The information
service of our people is dependent on our community press; we are the
vanguard of press freedom as we deliver the right information to the
grassroots,” he said.

Other highlights of the annual PAPI media event were the update by PCOO
Undersecretary Joel M. Sy Egco, executive director of the Presidential Task
Force on Media Security (PTFoMS) on related to the 2009 Maguindanao
Massacre and related media killings and security, and the Senatoriables’
Forum. 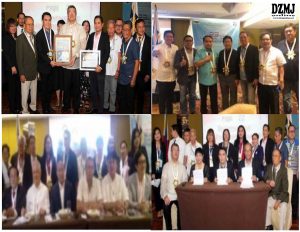