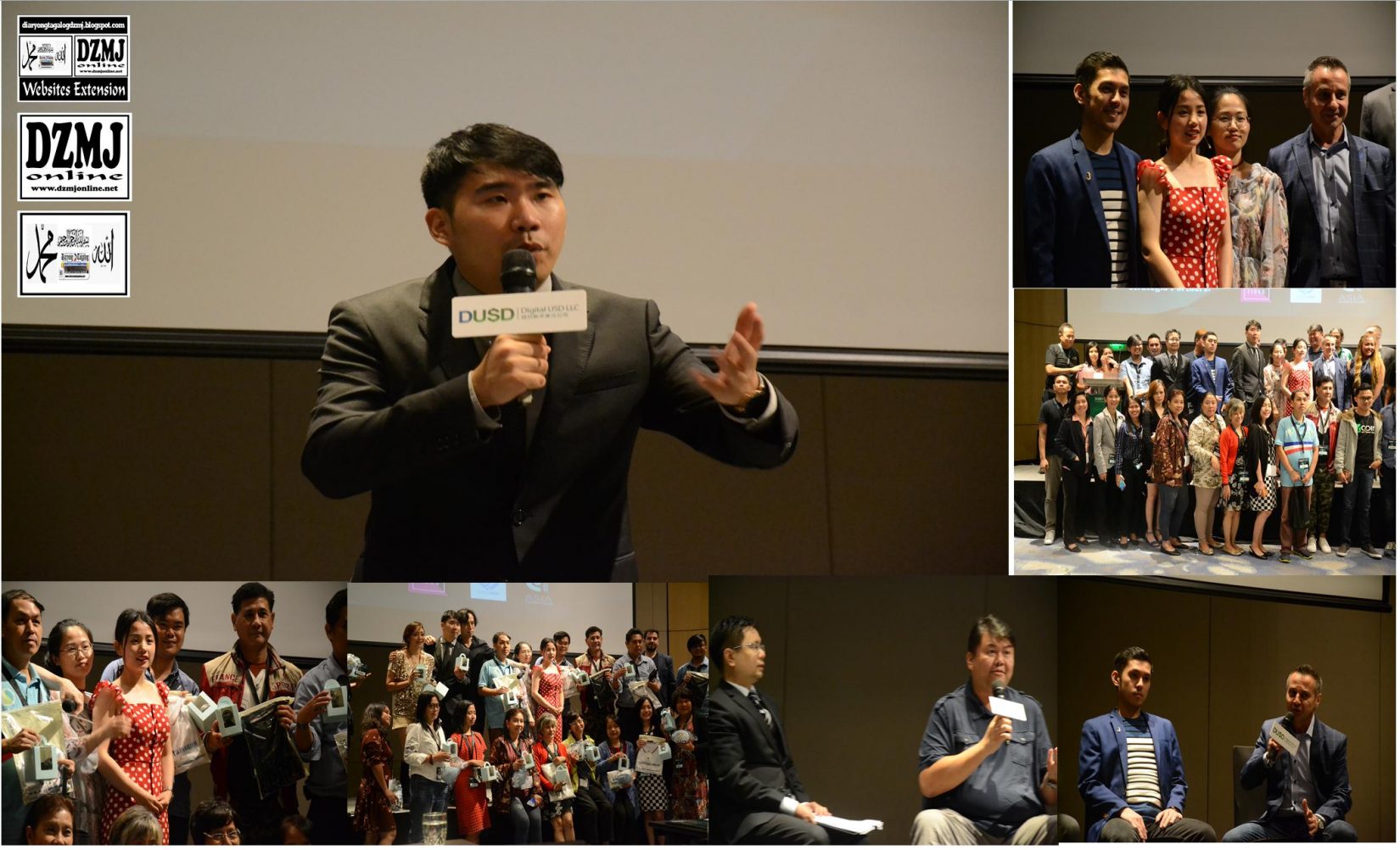 DZMJ Online Season 14 Episode 7 is with the company that’s been bringing another type of crypto currency which is the Digital US Dollar. unlike any other virtual currency it is transparent, stable and has focus. its both based in the U.S and in China and it is expanding South East Asia Wide.

PASIG CITY, July 03, 2019 – The Department of Education (DepEd), through its International Cooperation Office (ICO), Curriculum and Instruction (CI) strand, and Bureau of Human Resource and Organizational Development (BHROD), welcomed the delegates of the study tour from the People’s Republic of Bangladesh at the Bulwagan ng Karunungan on June 28, Friday.

Their study tour on Modern School Management Practices aims to draw best practices and programs of educational institutions in the Philippines. Hosted by the University of the Philippines (UP) College of Education, the tour will run from June 28-July 12, 2019.

Headed by the Deputy Director of the Directorate Primary Education, Muhammad Baharul Islam, and the Assistant Secretary of the Ministry of Primary and Mass Education, His Excellency Muhammad Faruk Alam, the delegation is composed of 100 officers and teachers of primary and mass education from the Bangladesh Fourth Primary Education Development Program.

In her message, DepEd Assistant Secretary for Curriculum and Instruction Alma Ruby Torio conveyed her appreciation of the institutional visit of Bangladeshi officials and teachers to the Philippines.

“We appreciate your coming here — this is a clear manifestation that just like our country, you give premium to education. Your coming here signifies that you would like to listen to [and learn from] our best practices and somehow apply them, making use of your local perspectives and scenarios,” Torio shared.

Meanwhile, DepEd officials informed the delegates on the Department’s mandates, mission and vision, goals, organizational structures, and various reforms and programs such as K to 12 and Alternative Learning System.

Torio further highlighted that despite the differences between the two countries, they have a similar goal to uphold education: “We are here to learn from each other based on our distinctive identity and so, whether we have our differences and similarities, surely we stand on the same ground. We join you in that noble vision in educating the future generation.”

In closing, Torio hoped that the officials from the Bangladesh Ministry will be able to experience the hospitality of Filipinos throughout their stay in the country.

Also present in the event were ICO Director Margarita Ballesteros, other DepEd officials, and Maria Regina Corazon Sevilla and Marian Christine Patriarca of the UP College of Education. 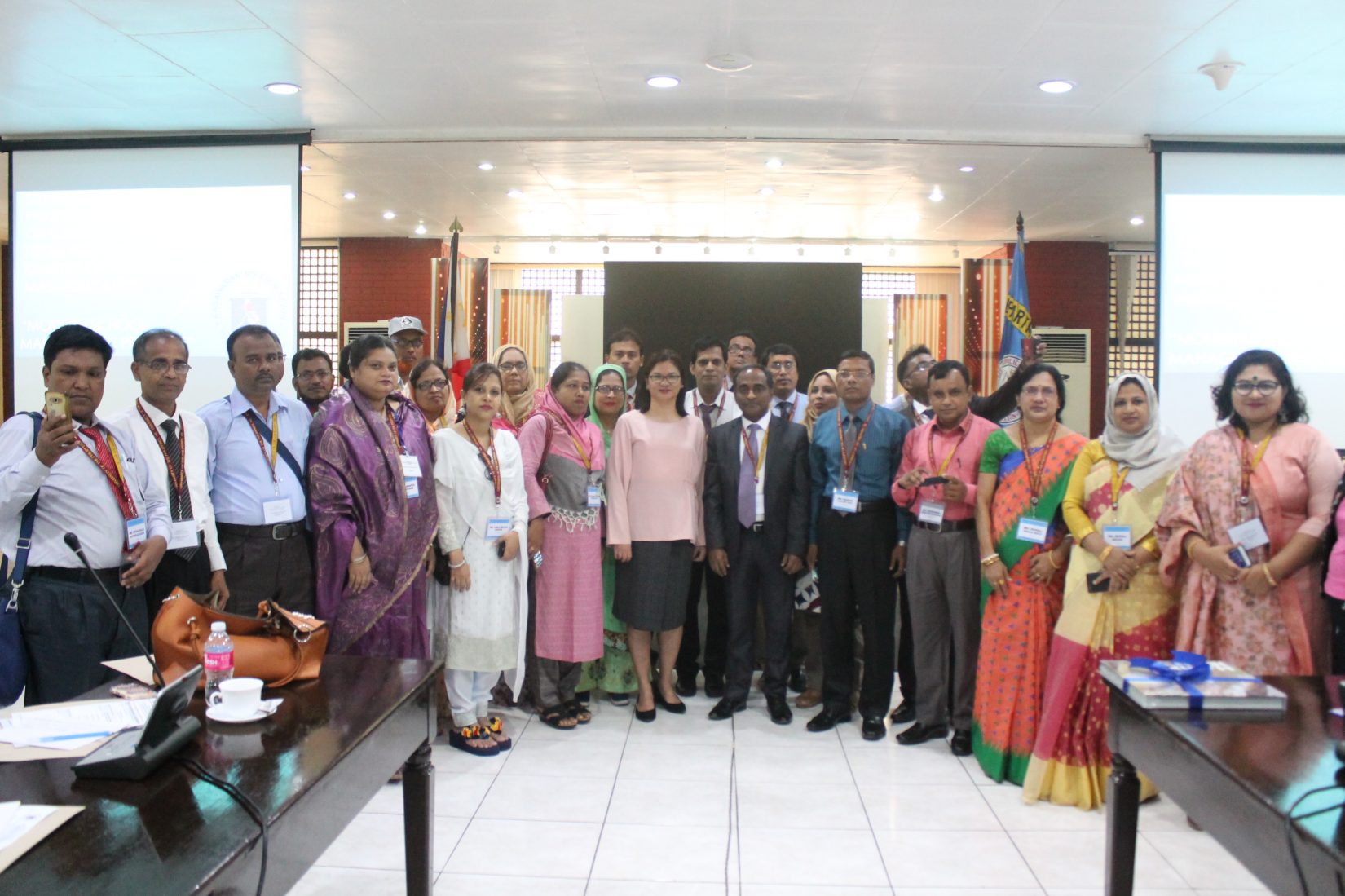 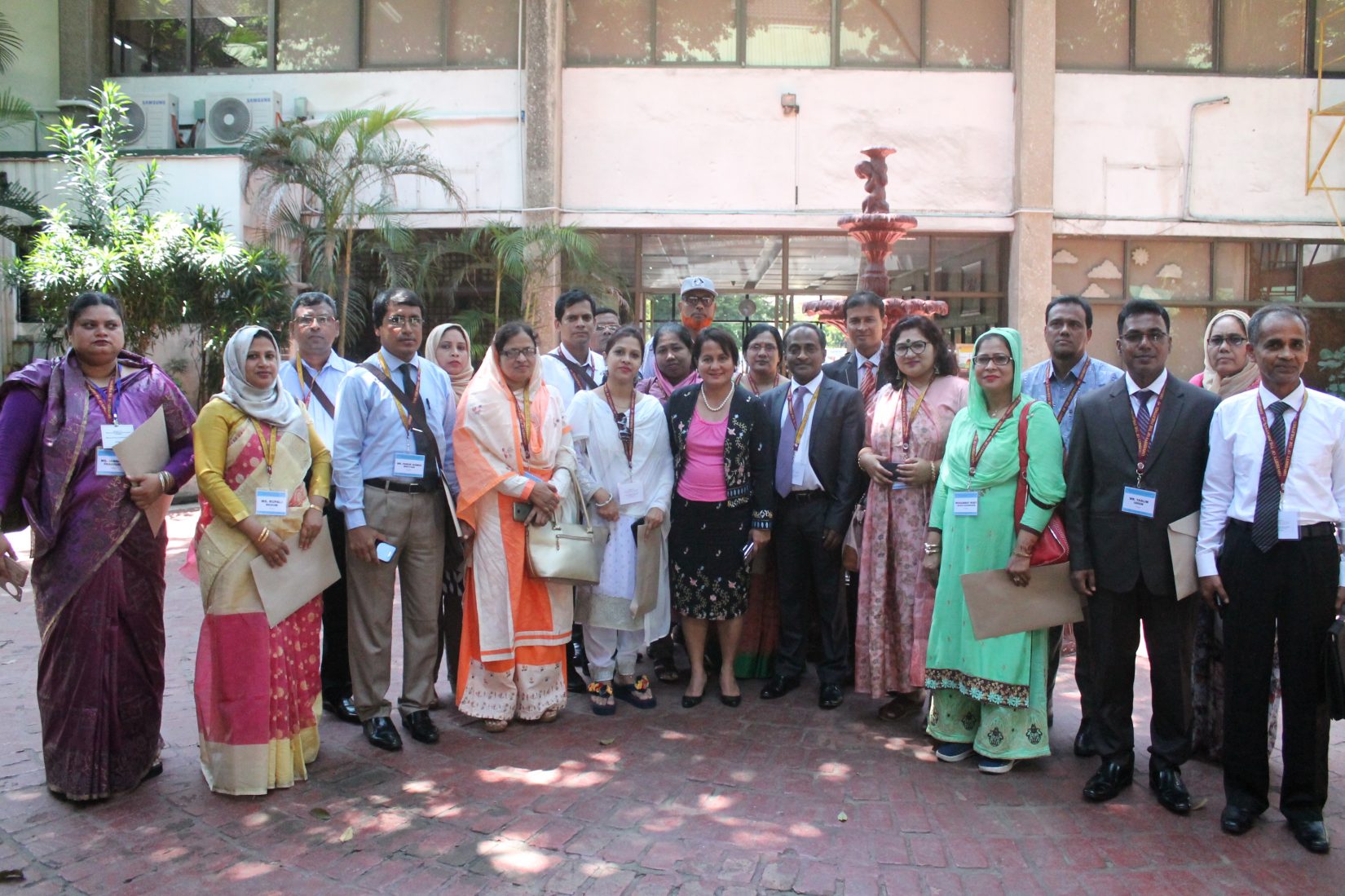 PHOTO CAPTION
PHOTOS 1-2: The Department of Education (DepEd), through its International Cooperation Office (ICO), Curriculum and Instruction (CI) strand led by Assistant Secretary Alma Torio, and Bureau of Human Resource and Organizational Development (BHROD), welcomed the delegates of the study tour from the Government of the People’s Republic of Bangladesh, at the Bulwagan ng Karunungan on June 28.

June 27, 2019 – Most 65-year-olds nowadays would either be looking after their grandchildren or enjoying life to its fullest after their retirement. Whichever the case may be, it is something that may indicate a sense of culmination, like a falling action in a typical plot of a story.

Aida Morales’ story is rare but remarkable. At 65 years old, and a widow, she is one of the 15,102 successful takers of the DepEd Alternative Learning System (ALS) Accreditation and Equivalency (A & E) Test held on February 24, 2019 in Region III.

A native of San Vicente in Gapan City, Aida is the eldest among six siblings who had to stop schooling when she was in Grade 4 in 1965.

Before she got married, she worked as a waitress in a small canteen in their community to earn a living.

She recalled how she ended up enlisting herself in the ALS Program in 2017 when an ALS mobile teacher conducted a mapping-out and recruitment of enrollees.

According to Melvin Lazaro, Division ALS Coordinator, Gapan City is among the Top 5 divisions in Central Luzon in terms of the percentage of A&E passers.

“Here in Gapan City, we believe that education with compassion is the key to attaining education for all. That’s why ALS Gapan is also providing livelihood, skills training, and outreach program to out-of-school youths aside from the literacy program. Through this strategy, we are able address their unique needs and win them back to the education system,” explained Lazaro.

Moving up to ALS Secondary

Asked if she will continue with the ALS Program for Secondary Level, Aida said she is excited to achieve her life-long dream of finishing her studies through the free non-formal education program. 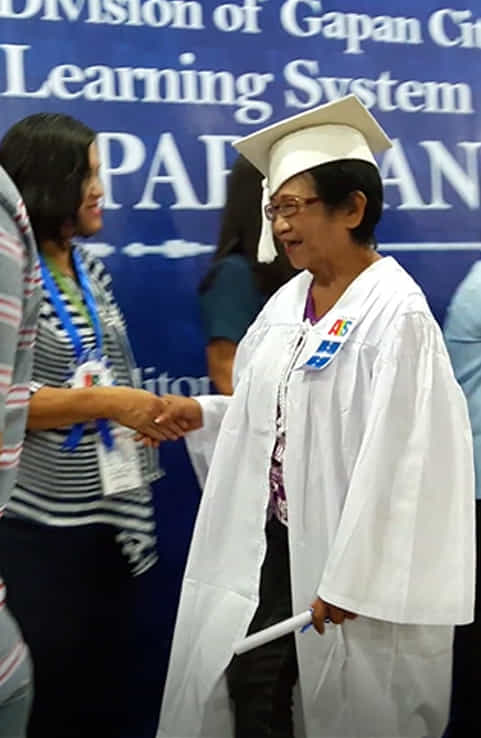 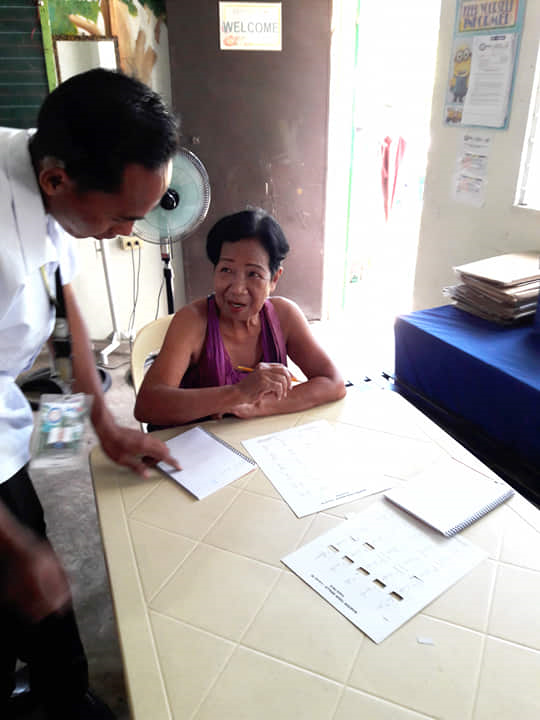 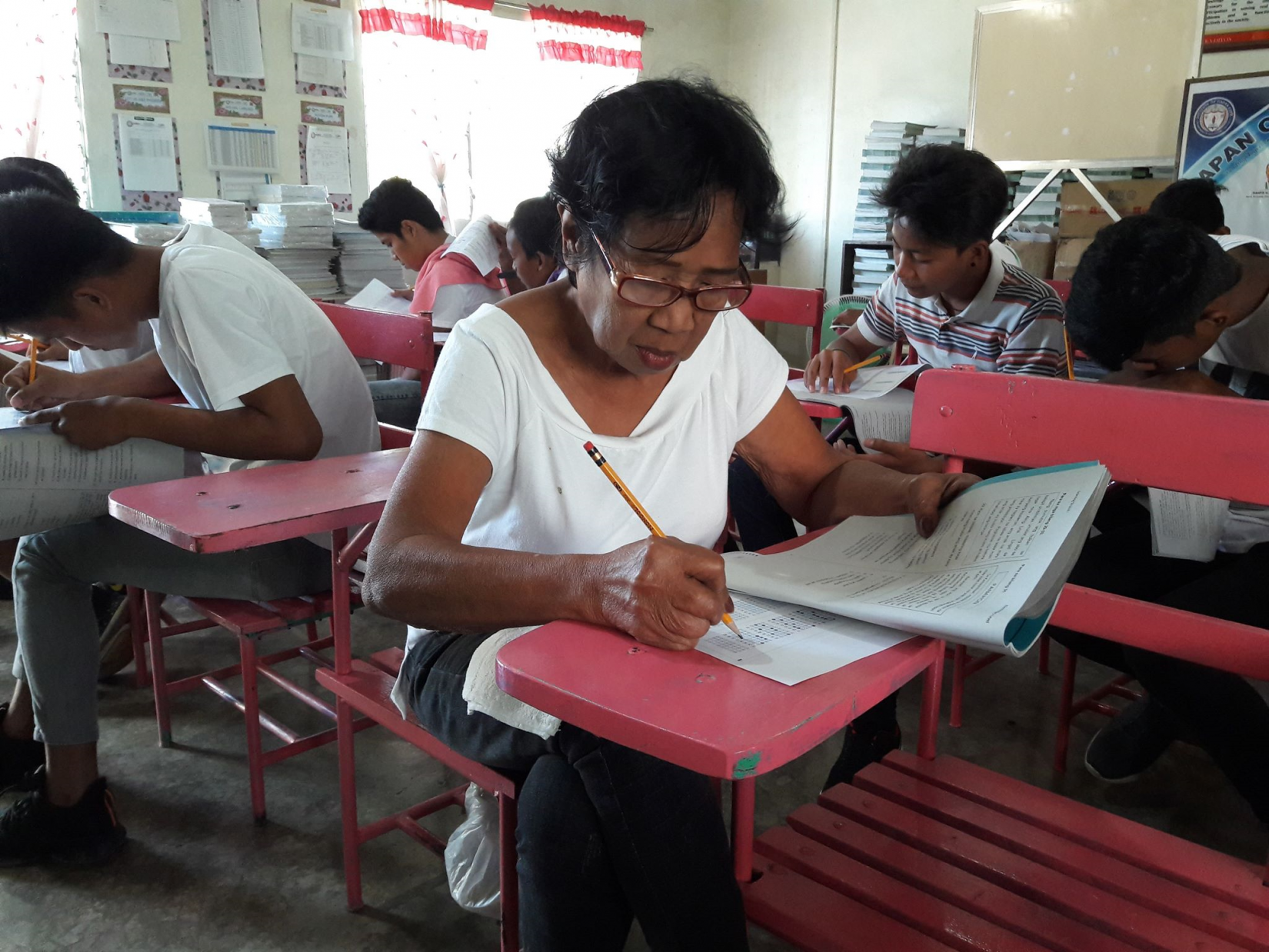 PHOTO 1-4: 65-year-old Aida Morales, a native of San Vicente in Gapan City, is one of the successful takers of the DepEd Alternative Learning System (ALS) Accreditation and Equivalency (A & E) Test held on February 24, 2019 in Region III.