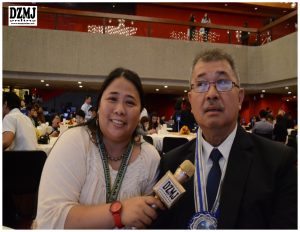 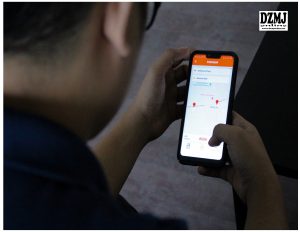 The Philippine Association for the Advancement of Science and Technology (PhilAAST) held its first science and technology (S&T) caravan for 2019 in Cavite on February 1, 2019.

DOST Secretary and PhilAAST Adviser Fortunato T. de la Peña was one of the main guests of the event. The event also allowed Secretary de la Peña to visit the DOST-assisted and funded projects in Cavite.

During the program, PhilAAST President and DOST-Philippine Council for Health Research and Development (DOST-PCHRD) Executive Director Dr. Jaime C. Montoya shared that one of PhilAAST’s missions is to inculcate a culture of excellence and integrity among Filipino scientists and technologists and build linkages for the members of the community in the country as well as those outside the Philippines. He also presented the many competitions that PhilAAST members may join and compete in.

Secretary de la Peña discussed the major DOST programs and shared that he “would rather have fewer new R&D projects approved to give way to the commercialization of those that have been completed.” He added that he had been reiterating this initiative to fully utilize the outcomes of the completed R&Ds.

The new recruits of PhilAAST were inducted on the same day. More than 200 people signed up with PhilAAST.

IP-TBM offices are technology transfer offices that are envisioned to mirror the initiatives of the DOST-PCAARRD Innovation and Technology Center (DPITC). The DPITC serves as a one-stop hub for technology owners and generators, investors, end users, and other stakeholders within the agriculture, aquatic and natural resources (AANR) innovation system.

As part of the caravan, a tour was also organized. It was organized to showcase the DOST-funded projects in Cavite. CvSU Vice President for Research and Extension Dr. Ruel M. Mojica toured the participants at the CvSU Coffee Quality Processing Center, CvSU Agriculture and Food Technology Business Incubator (AFTBI), and the Science for the Convergence of Agriculture and Tourism (SciCAT) site at the Silan Farm.

As one of the programs being supported and funded by PCAARRD, AFTBI helps nurture start-up businesses to create wealth and employment, as well as foster development through technology incubation. AFTBIs are facilities where start-ups are hosted and business development services are provided.

SciCAT, on the other hand, aims to transform farm sites into tourist spots to create and maximize its opportunities. SciCAT also seeks to utilize agri-aqua technologies to improve productivity.

The 15-hectare Silan Farm, is owned by Magsasaka Siyentista (MS) Edilberto Silan, produces dragon fruit, banana, papaya, cucumbers, eggplants, bitter gourds, and other vegetables. There are plans to transform the Silan Farm into a SciCAT farm site for tourists, students, educators, and technology transfer advocates, among others.

The L.A. Machineries Corporation in Bacoor City, one of DOST IV-A project collaborators, was also visited. It was followed by the tour to PCAARRD-CvSU’s Bacoor Mussel Depuration Facility, a small-scale depuration model, which allows mussels to self-cleanse and expel gut bacteria that may pose health risks to consumers when mussels are eaten raw or partially cooked.

Founded on September 15, 1951, PhilAAST is an “SEC-registered, non-stock and non-profit scholarly organization that aims to promote and broaden the base of scientific advancement in the country.” The purpose of its S&T caravan is to orient researchers, scientists, and technology developers about PhilAAST and to encourage them to join the organization (Kariza M. Geminiano, DOST-PCAARRD S&T Media Services). 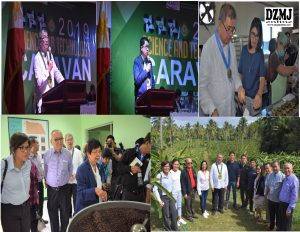