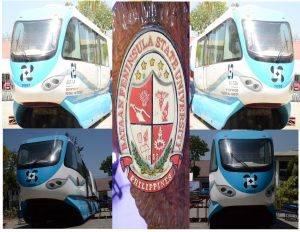 The production of Queen pineapple is set to increase with the development of a propagation protocol and planting system by the Visayas State University (VSU), in cooperation with the Camarines Norte State College and the Department of Agriculture Regional Field Office V (DA-RFO V).

These were the outputs of the program, “Enhancing the productivity and marketability of Queen pineapple” funded by the Philippine Council for Agriculture, Aquatic and Natural Resources Research and Development of the Department of Science and Technology (DOST-PCAARRD). Dr. Maria Juliet C. Ceniza of the VSU leads the program.

The protocol can produce 8,000-10,000 Queen pineapple plantlets or explants, which can be produced 8 to 10 months earlier than the traditional method of producing Queen pineapple suckers.

Based on initial results, the combination of fertilizer recommended rate (298-70-315 kg/ha nitrogen, phosphorus, and potassium (NPK)) for Queen pineapple and planting density of 300 plants/ha (100cm x 50cm x 30cm planting distance) produced the highest fruit yield of 61 MT/ha in monocropping system in Leyte. This is a 203 percent increase in the national average of Queen pineapple yield at 30 MT/ha.

Meanwhile, in Camarines Norte, as much as ₱118,841 per hectare can be earned in Queen pineapple plantation with planting density of 300 plants/ha applied with fertilizer based on soil analysis. This was a result of a cost and return analysis conducted in the province.

In terms of intercropping system, a 157 percent increase in yield or 47 MT/ha of Queen pineapple was seen in Leyte. The plantation was intercropped with coconut.

On the other hand, production of Queen pineapple sucker as planting material and leaf as basis of fiber yield was assessed in an intercropped field. The results showed that the 14 suckers per plant was the highest average obtained in a field intercropped with coconut. The plantation had 240 Queen pineapple plants/ha that used the recommended fertilizer rate. In terms of leaf harvest, the highest average weight was recorded at 248 grams per plant in a field with 300 plants/ha that used the recommended fertilizer rate (Kristine Joy B. Panaligan, Rose Anne M. Aya, DOST-PCAARRD S&T Media Services). 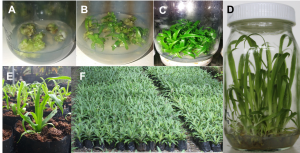 Seaweed farming is a good source of income especially for the people living in coastal areas. However, seaweeds grown by the farmers must undergo drying before these are sold to the processors for carrageenan production. The drying process is crucial in order for them to command a better price. The usual drying practice employed by the farmers is to sun dry the harvested seaweeds in open areas which exposes the seaweeds to sudden changes in weather, particularly rain. The quality of the seaweeds is greatly affected when exposed to rain. This is the reason why the seaweeds are covered when there is a probability of rain or collected and placed in a temporary storage area and wait for good weather. To address this problem, it is imperative to develop a drying technology appropriate for our local seaweed farmers in order for them to readily dry their harvest and be assured of better price.

A seaweed drying system was developed by the University of the Philippines Los Baños (UPLB) – Center of Agri-Fisheries and Biosystems Mechanization (BIOMECH) under the leadership of Dr. Ronel S. Pangan. The design was based on the survey conducted in the different seaweed growing areas of the country.

The developed drying system, which can likewise be utilized for air drying, ensures that the seaweeds being dried will not be exposed to sudden downpours that can damage the seaweeds.

There are two types of drying system that were developed based on the structural foundation used, namely: a) the floating-type seaweed drying system which uses drum floatation device and can be towed near the farmers’ production areas and b) the permanent-type seaweed drying system constructed permanently inland using concrete footings. The mobility of the floating-type dryer is an advantage especially for seaweed farms located far from the community. Reduction in hauling time is achieved since, instead of hauling fresh seaweeds from production site to shore where traditional drying is undertaken, dried seaweeds is now transported. The permanent-type dryer on the other hand which is equipped with sturdier foundation posts constructed near the shore provides easy access for the farmers.

Results of the field testings showed that this drying system was capable of drying newly harvested seaweeds at a much faster rate compared to the existing drying practices of the farmers and that the technology can be used even in the absence of solar heat and can continually dry even during rainy or cloudy days by using air drying technique (Eileen M. Redera, DOST-PCAARRD S&T Media Services).