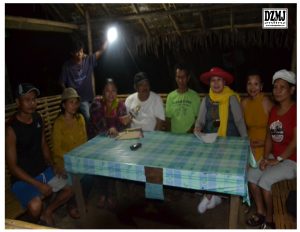 DZMJ Online Season 7 Episode 10 get to talk with Leaders from Palawan’s Tagbanua tribe who has problems with bullying from BUCOR particularly at IWAHIG Penal Colony. they said prisoners from the penal colony demolished their houses at the orders of BUCOR. Their leaders talked with the Monarch of Lupah Sug

Staying true to its promise of bringing the services closer to the people,
Philippine Charity Sweepstakes Office (PCSO) has opened its 67th branch in
Agusan del Sur recently.

Agusan del Sur is a landlocked province of the Philippines located in the
Caraga region in Mindanao. Most, at 75 percent of the labor force, are
engaged in agriculture and forestry. Rice, corn, and fruits are among the
major agricultural crops.

Caraga in Mindanao is one of the poorest regions in the Philippines. It is
home to some 500,000 indigenous people (IPs) who are facing development
challenges, due to conflict and degradation of their natural resource base.

Balutan revealed that the building was donated by the local government of
Agusan del Sur through Gov. Adolf Edward Plaza.

As per Command Operating Budget, the agency is planning to put up four more
branches this year. Priority include far-flung areas like Saranggani and
Dinagat Islands. The agency is also planning to replace old and dilapidated
buildings, and put up new ones.

Earlier, Balutan reported that the agency earned P63.55 billion in 2018,
breaching the P60 billion target, but it will not aim higher than that.

At present, cases were already filed on court and the agency has been
relentless in conducting raids in response to Lotto and STL operators’
complaints against ‘peryahan ng bayan’.

He also warned operators running for government posts that their illegal
activities could disqualify them. 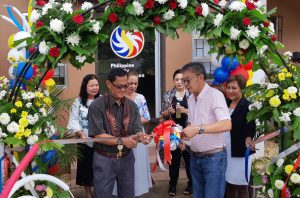 It only took P24.00 – one bet – that changed the life of one person and
became the very first Ultra Lotto 6/58 millionaire for 2019. “Congratulations to our lucky millionaire. He will take home the P58,472,458 jackpot prize,” announced Philippine Charity Sweepstakes Office (PCSO) General Manager Alexander F. Balutan.

The lone winner was lucky enough to guess the winning draw combination of
43-55-15-02-29-56 last Sunday night. It was a self-picked number. “The winning ticket was purchased from the franchise owned by the Lucky Circle Corporation, with ticket outlet at SM Bacolod, Bacolod City, Negros Occidental,” said Balutan.

Arnel Casas, PCSO’s assistant general manager for gaming sector, said the
odds of winning in Ultra Lotto 6/58 is one in 40.4 million. Lotto has not yet produced a billionaire.